18-year-olds are mature enough for firearms, and for conspicuous gallantry

Private First Class Jack Lucas celebrated his 17th birthday on February 14, 1945 aboard the troopship USS Deuel. Five days later he was fighting for his life in the black volcanic sand of the Japanese-held island of Iwo Jima.

Lucas, a Marine rifleman assigned to the 1st Battalion, 26th Marines, 5th Marine Division, originally forged his mother’s signature and enlisted at the age of 14. Later, after the Marine Corps discovered its error, Lucas was sent to Hawaii as a truck driver, but instead of sitting out the war in relative comfort, he stowed away on the Deuel and headed off to the Pacific War.

During his second day of combat, Lucas and his small patrol were ambushed. A Japanese squad attacked with rifle fire and grenades. Lucas’ Medal of Honor citation chronicles what happened next:

“Quick to act when the lives of the small group were endangered by two grenades which landed directly in front of them, Private First Class Lucas unhesitatingly hurled himself over his comrades upon one grenade and pulled the other one under him, absorbing the whole blasting force of the explosions in his own body in order to shield his companions from the concussion and murderous flying fragments. By his inspiring action and valiant spirit of self-sacrifice, he not only protected his comrades from certain injury or possible death, but also enabled them to rout the Japanese patrol and continue the advance. His exceptionally courageous initiative and loyalty reflect the highest credit upon Private First Class Lucas and the United States Naval Service.”

The two grenades sent more than 250 pieces of shrapnel through Lucas’ body, but he survived the blasts. A Navy Corpsman rendered aid and saw that the young hero was evacuated to the beach and later to a hospital ship offshore. He underwent 26 surgeries to remove shrapnel from his body.

Eight months after his conspicuous gallantry, President Harry Truman awarded Lucas the Congressional Medal of Honor – one of 27 Medals of Honor awarded to Iwo Jima veterans.

“Without hesitation, and with complete disregard for his own safety, Lance Corporal Carpenter moved toward the grenade in an attempt to shield his fellow Marine from the deadly blast. When the grenade detonated, his body absorbed the brunt of the blast, severely wounding him, but saving the life of his fellow Marine. By his undaunted courage, bold fighting spirit, and unwavering devotion to duty in the face of almost certain death, Lance Corporal Carpenter reflected great credit upon himself and upheld the highest traditions of the Marine Corps and the United States Naval Service.”

Carpenter lost an eye and most of his teeth, but he too survived that attack. He was medically discharged in 2013, and was awarded the Medal of Honor at the White House a year later. 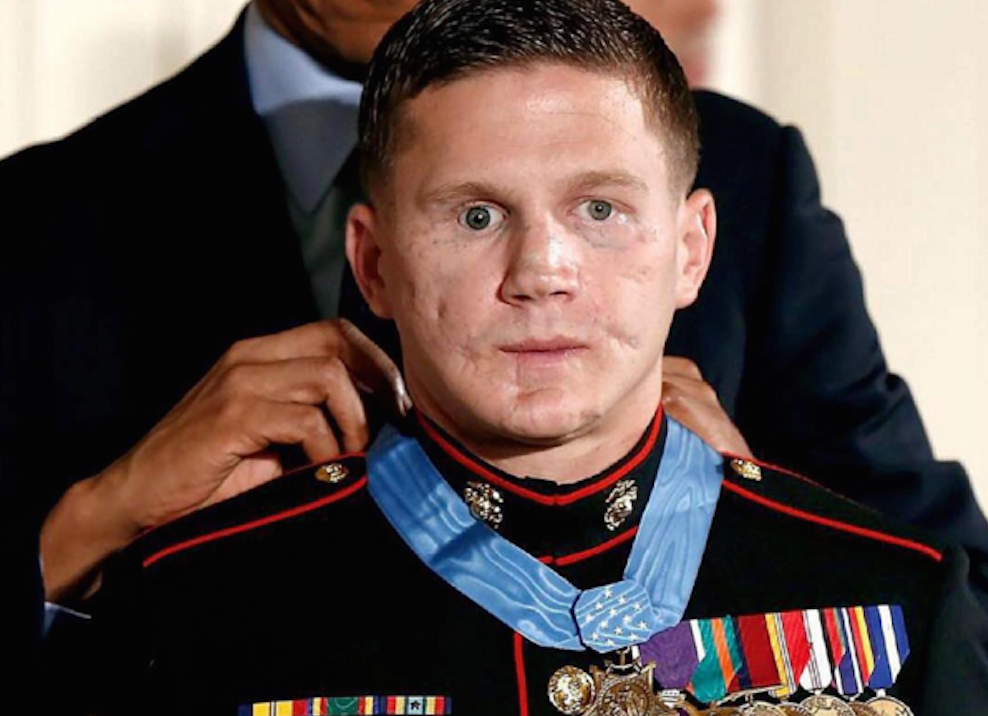 Lately, those who seek to infringe upon our God-given constitutional rights have focused their ire upon 18-, 19- and 20-year-olds who they say should not be allowed to purchase firearms. One critic – a medical doctor – believes 18-year-olds are not responsible enough to carry concealed weapons.

In response, I would point them toward the responsibility displayed by PFC Lucas and CPL Carpenter, and to the sacrifices of the thousands of young men and women currently serving in harm’s way – service members who cannot even purchase a beer, legally.

While most of the arguments made by the anti-rights crowd are false and misleading, their efforts to disarm 18-, 19- and 20-year-olds are un-American, unpatriotic, unappreciative and, quite frankly, just plain dumb.