He can’t mention the Afghan village where he was raised, or even the province. He can’t discuss the elite American special operations forces he operated with as an interpreter, or the missions they carried out. If he does – if he violates operational security – people could die. The Taliban are currently going door-to-door searching for Afghans who cooperated with the U.S. Military – especially our special forces – and the Taliban are not exactly a forgiving bunch.

He operated with these small teams armed with an AK-47 or an AK-74, a Makarov pistol, sometimes an RPG and later the M4 and other U.S weapons.

Few soldiers of any army have as much time behind a trigger.

“From the beginning to around 2003, we would engage platoon size or even company size elements. After 2005, it became more common to see smaller five-man fireteams or squads of nine or 10,” he said. “Sometimes it was at very close distances. There were occasions when we weren’t able to get air support because we were so close to the enemy. I’m talking about very close, less than 10 yards. Other times, we’d engage at 100 yards or much more – sometimes beyond the capabilities of our rifle – so we’d rely upon indirect fire weapons.”

Mubarak recalls one particular day when his helo took fire. “When our Blackhawk got shot, we had no choice but to land. We were stuck in the snow in the mountains. We couldn’t leave. The Taliban knew the place. We knew that if we were going to stay any longer, they would close in,” he said.

Not every day was as eventful. “After 2005, there were times when we didn’t have any action in the province – no explosions, no enemy fire, no rockets, no fighting, no IEDs, no one killed. For me, a happy day was one of those days.”

Although most of Mubarak’s experience has been against Al-Qaeda, the Taliban, he said, are a true guerilla force.

“They are expert in knowing the geography, in knowing the culture, the traditions and they are excellent in guerilla warfare,” he said. “That makes them successful. If you know the Afghan culture and people, you know how to make them either get on your team or leave the AO.”

The soul of the Afghan

Mubarak was in middle school when a large, well-armed Taliban force drove into his village.

“They announced on loudspeakers, telling people to voluntarily give up their guns. They were very persistent. They would search the homes and the village. If you were caught with a gun … Some people had extra guns left over from the Soviet withdrawal. They would bring some out and turn them over. But each house tried to keep at least one or two. It was a systematic campaign by the Taliban,” Mubarak said. “The rifle is the main characteristic of a real and brave Afghan. Without a rifle, a man and his family look not secure, not complete, not confident. A rifle represents a lot for Afghans. Each house has to have at least one rifle to protect your house, your honor, your women, your family. Without a gun you can’t defend yourself and protect your honor. A rifle is the main characteristic of a man and also of a tribe. In the past, if something bad happened, a village elder would tell the men to come out. He wouldn’t have to say bring a rifle. Everyone knew what he meant.”

Mubarak is very concerned the Taliban are confiscating weapons once again.

“I think the average Afghan, those in rural areas, will not feel comfortable because guns are part of their lives. It’s their soul,” he said. “Taking them away is not only disarming them. It’s disrespecting them. They’re taking away arms knowing that someone could come to steal or harm or kill them.”

Mubarak is a strong proponent of an individual’s right to keep and bear arms, and does not want to see firearm confiscation anywhere, especially in his new country.

“Each family should have a gun and be able to protect themselves,” he said. “It states in the constitution that we have a right to bear arms.”

“Remember when we were kids playing army and just abandoned the fort leaving our toy guns behind so the bad guys could have them?” asked SAF founder and Executive Vice President Alan M. Gottlieb. “No, you don’t, because even little kids are not that stupid!” 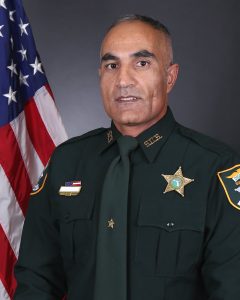 Mubarak, his wife and their four children were granted full citizenship as a reward for the assistance he provided to our special operations forces. He moved to the United States 13 years ago and began teaching Department of Defense and other personnel at Fort Bragg, Quantico and several Marine Corps bases. He deployed back to Afghanistan from 2010-2011 as a civilian interpreter assigned to a Marine Corps regiment and reported directly to the regimental commander – a colonel.

Mubarak earned a Master’s degree in Central Eurasian Studies and became a graduate teaching assistant, but decided he needed to contribute more to his community, so he became a cop. Last year, Mubarak moved to Sarasota, Florida, and attended a state law enforcement academy, where he graduated top of his class in academics and physical fitness.

“He missed the top-shooter award by one round,” said Mubarak’s new boss, Sarasota County Sheriff Kurt Hoffman. The Sheriff sees a future for his new deputy in either his agency’s intelligence unit or SWAT team.

“One of my firearms guys asked Mubarak what he was used to shooting,” Hoffman said. “He told them RPGs.”

Hoffman had heard of Mubarak long before he was sworn in as one of his deputies.

“My cousin credits Mubarak with saving his life and the lives of other special forces operators on at least 10 different occasions,” Sheriff Hoffman said. “Randy likely wouldn’t be here today were it not for him.”

Mubarak chose law enforcement because it’s a “noble profession.” He chose the Sarasota County Sheriff’s Office because of its reputation and history of successfully fighting crime.

“I come from a village where there is a tradition of helping people. This deputy position gives me that opportunity to help the public. At the end of the day, if I’m able to help just one person that means a lot, and it makes the whole family happy.”

Click here to watch a video of Mubarak’s story produced by the Sarasota County Sheriff’s Office. 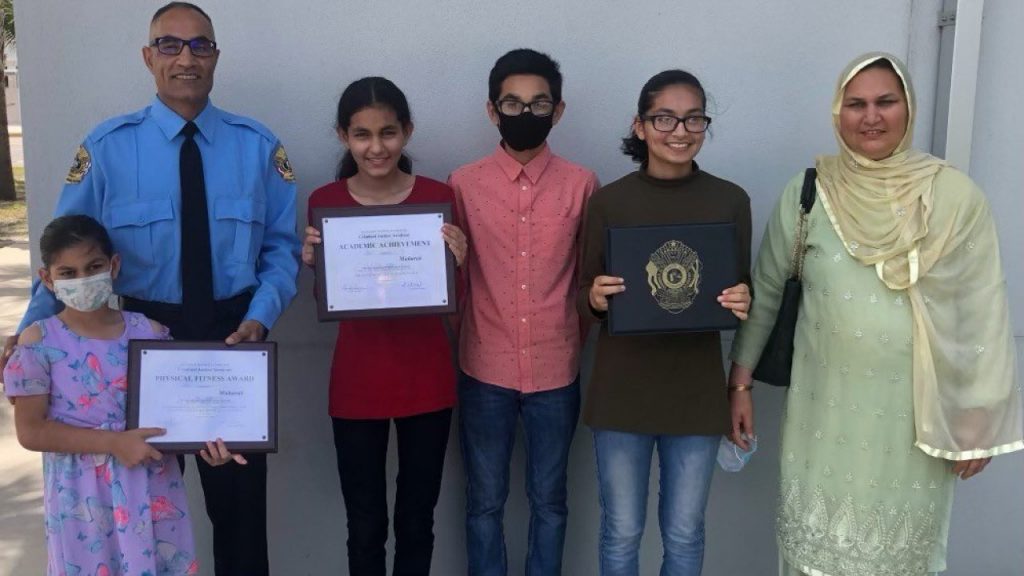 Just before Joe Biden’s self-imposed Aug. 31 withdrawal deadline expired, Mubarak and many others arranged for 33 of his family members to get seats on one of the last planes out of the country, with nothing but the clothes on their back. Unfortunately, his father didn’t make it out. He died of an apparent heart attack during their frenzied evacuation nightmare.

“My family was in Kabul. They told me it was impossible to get through the crowd at the airport and that they wouldn’t be able to make it out. We encouraged them. We told them to be patient, to stay there,” Mubarak said.

Getting 33 people out of the country required a lot of effort and assistance, from Sheriff Hoffman, the Army, the Marine Corps, the State Department, Florida Senator Rick Scott and a few other sources.

His family members are currently being processed at Ft. Bliss, but the loss of his father, who was so close to making it out, hit Mubarak hard.

“My father was the hero of my story. He was the one who encouraged and insisted on us going to school and getting an education,” Mubarak said. “He told us not to be a burden, but to be an active member of the community and to contribute and help others.”

Said Hoffman: “Thirty-three of his family members, including nearly two dozen women and children, have now safely made their way to America, free from Taliban control and free to go to school, work, and do all the things we take for granted. This fund has been created to help the family of a courageous Afghan interpreter who has worked side-by-side with our military, relocate his family to Florida.”