After shooting and killing his cinematographer and wounding his director on the set of his latest movie, Alec Baldwin now wants police officers stationed on movie sets to monitor firearm safety, according to Deadline.com.

“Every film/TV set that uses guns, fake or otherwise, should have a police office on set, hired by the production, to specifically monitor weapons safety,” Baldwin said on Instagram and his now private Twitter account. 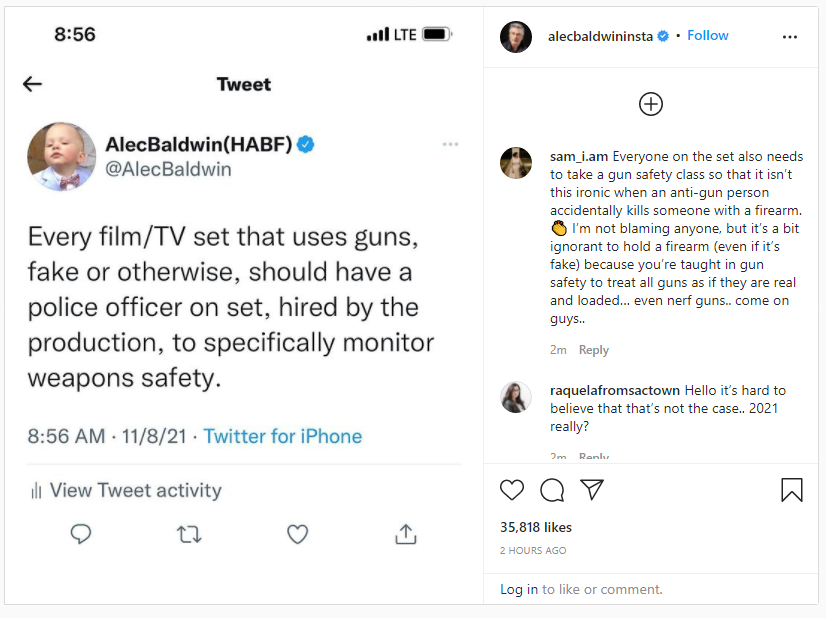 Baldwin’s new safety ideas come after the October 21 shooting on the set of his low-budget film, Rust, during which Baldwin shot and killed cinematographer Halyna Hutchins with a .45 Long Colt revolver.

“I do know that an ongoing effort to limit the use of firearms on film sets is something I’m extremely interested in,” he told the media.