Most convicts would rather serve a year in a country jail or a state prison rather than six months in the Baltimore City Jail, which is dank, dirty and dangerous – especially for someone accused of murdering one of the city’s Crip gang members.

Medically retired Army Staff Sergeant Alejandro Gonzalez has spent more than 16 months behind bars, accused of First-Degree Murder. He and his legal team hope someone in the Baltimore’s State’s Attorney’s Office will reexamine his case, realize he acted in self-defense and drop the murder charges a second time.

During Mosby’s reign, the city’s homicide rate increased dramatically – averaging 333 killings every year. During her predecessor’s final term, the city averaged around 215 murders per year. Mosby fired dozens of veteran prosecutors when she took over. But even worse, she unofficially ended a defendant’s ability to claim self-defense. If they used a gun – as Gonzalez did to defend himself and his family – they faced murder charges. Under Mosby, the State’s Attorney’s Office stood William Blackstone’s 1769 legal doctrine on its head. For them, it’s better that 10 innocent people are convicted, and one guilty person goes free.

Mosby is facing her own legal problems. Last year she was indicted on federal charges of perjury and making a false statement on a loan application to purchase retirement homes in Kissimmee and Long Boat Key, Florida. She also lost the Democratic primary for State’s Attorney to former prosecutor Ivan Bates, a Baltimore defense attorney. Bates was sworn in earlier this month. So far, he has done nothing to help Gonzalez, who is still languishing in jail. 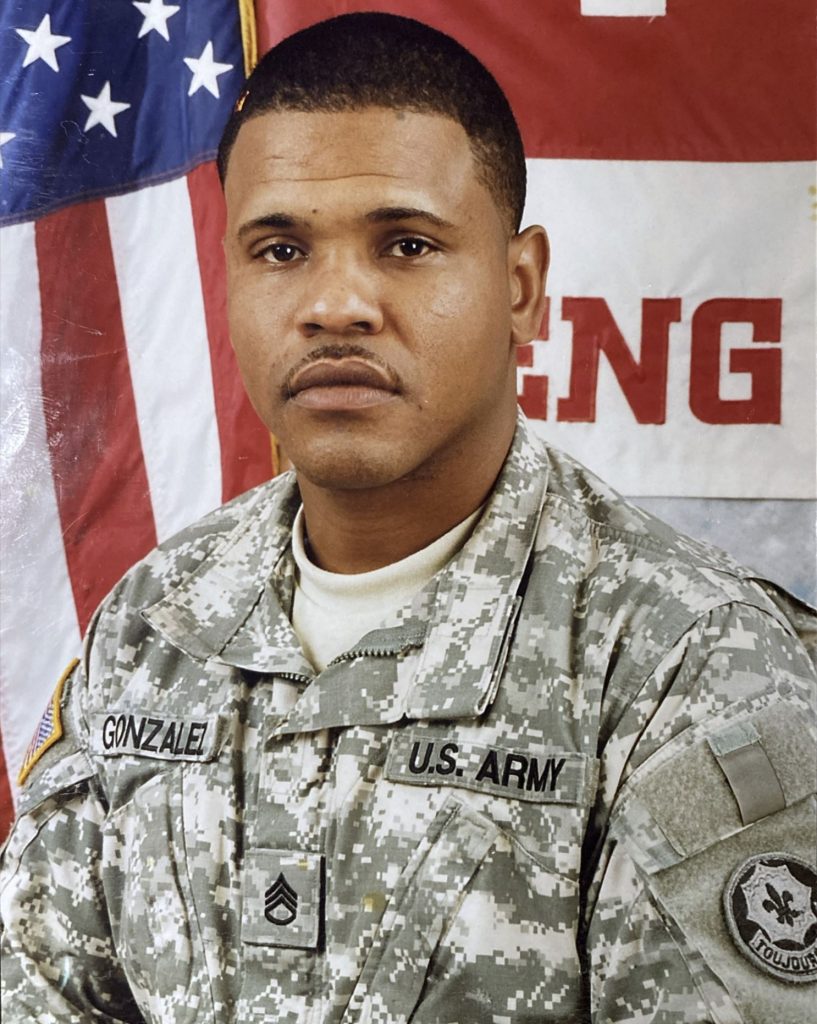 Gonzalez is a gifted boxer. He toyed with the idea of turning pro but decided to enlist in the Army instead to take advantage of the All-Army Boxing program, which can lead to the Olympics and a professional career. But then Iraq and Afghanistan happened, and Gonzalez found himself in command of a Stryker armored vehicle, searching for Improvised Explosive Devices, or IEDs.

Sometimes they would locate an IED and call in Explosive Ordnance Disposal teams. But on at least eight separate occasions, the bombs detonated beneath Gonzalez’s Stryker before he could call for EOD.

“The armor doesn’t stop the shockwaves,” said Gonzalez’s defense attorney, Michael Stark, a staff attorney at Jezic and Moyse, LLC. “He was also at the Mosul chow hall bombing, which turned the guy standing in front of him into paste. Alejandro credits him for saving his life.”

Gonzalez was diagnosed with Post Traumatic Stress Disorder, Traumatic Brain Injury and other combat-related injuries, and was medically retired after 12 years of service. Once his retirement took effect, Gonzalez decided to open a boxing school for at-risk youth in Atlanta.

On Sept. 4, 2021, Gonzalez, then 38, and his family visited his mother in Southwest Baltimore. She lived in a ground-level apartment. Above her lived Travis Ben-Watkins, a 26-year-old member of Baltimore’s Crips street gang, according to Gonzalez’s lawyer, Stark.

“In Baltimore City, Crips are a vanishing minority,” Stark said. “Ben-Watkins was a Crip. He dressed in blue and there was a blue celebration of life held for him after his death. The light pole outside his home was adorned in blue. His social media clearly indicated he was all about the Crip life.”

After Gonzalez arrived at his mom’s, Ben-Watkins began yelling at him from his upstairs balcony. He said he was sick of Gonzalez’s mother, and he threatened their lives and warned them he was calling other gang members to come over.

“Death threats rained down,” Stark said. “Alejandro realized the place would soon be full of gang members, and he decided this was not where he and his family needed to be. He retrieved his mother’s legally registered handgun, which she kept in her home for security.”

At one point, Ben-Watkins broke a wooden chair, grabbed one of the chair legs, came downstairs and advanced on Gonzalez swinging the wooden bludgeon wildly, while ordering his girlfriend to bring him his gun.

In fear for his life, Gonzalez fired nine rounds rapidly at Ben-Watkins. Six of the 9mm rounds went into his back, which his lawyer said were caused because Ben-Watkins was swinging the club wildly exposing his back like a baseball player.

“The swings were more pronounced because his was running at Alejandro downhill,” Stark said.

Not wanting to face other members of Ben-Watkins’ gang, Gonzalez and his family fled. He was later arrested, charged with First-Degree murder and booked into the Baltimore City Jail.

On Nov. 7, 2022, after Gonzalez had spent more than 14 months behind bars, prosecutors abruptly dropped all charges against him citing a lack of evidence – a legal process known as a noll prosequi or “nolle pross.”

Gonzalez, his family and his supporters were ecstatic. He returned to his Atlanta home. Justice had finally been served, or so they believed. But just nine day later Mosby obtained a second warrant for First-Degree murder, which she kept secret.

On Dec. 8, 2022, Gonzalez was rearrested at his Atlanta home by Georgia police officers and hauled back to the Baltimore City Jail.

His attorney, Stark, as well as other legal analysts were stunned and confused by the decision.

“More than anything else, they nolle-prossed the case for a lack of evidence, but then they decided to recharge Alejandro with no additional evidence? That’s a pretty in-your-face violation of due process,” Stark said. “They can’t keep putting people in jail if they don’t have the evidence to convict. That’s not the way it works.”

If anything, Stark said, the State’s case has only gotten worse over time. Their main witness, Ben-Watkins’ girlfriend, was shot and killed at her brother’s funeral. Both were known gang members.

“She was the main witness the state had against Alejandro,” Stark said. “Beyond that, they need to have a good-faith belief that they can get beyond a reasonable doubt to charge someone. Here, their main witness was killed at her brother’s funeral.”

A GiveSendGo account has been established to help Gonzalez with legal fees and other expenses. His family is about to lose their Atlanta home.

Stark hopes Baltimore’s new State’s Attorney Bates will act quickly on this case and issue a nolle prosequi a second time. Bates’ office did not immediately return calls seeking comment for this story.

“If we’re going to have laws that say you have a right to defend yourself and then we start prosecuting people for defending themselves – I have a problem with that,” Stark said. “If Bruen is going to be the law of the land, I don’t want my clients going to jail because they use a gun in self-defense.”