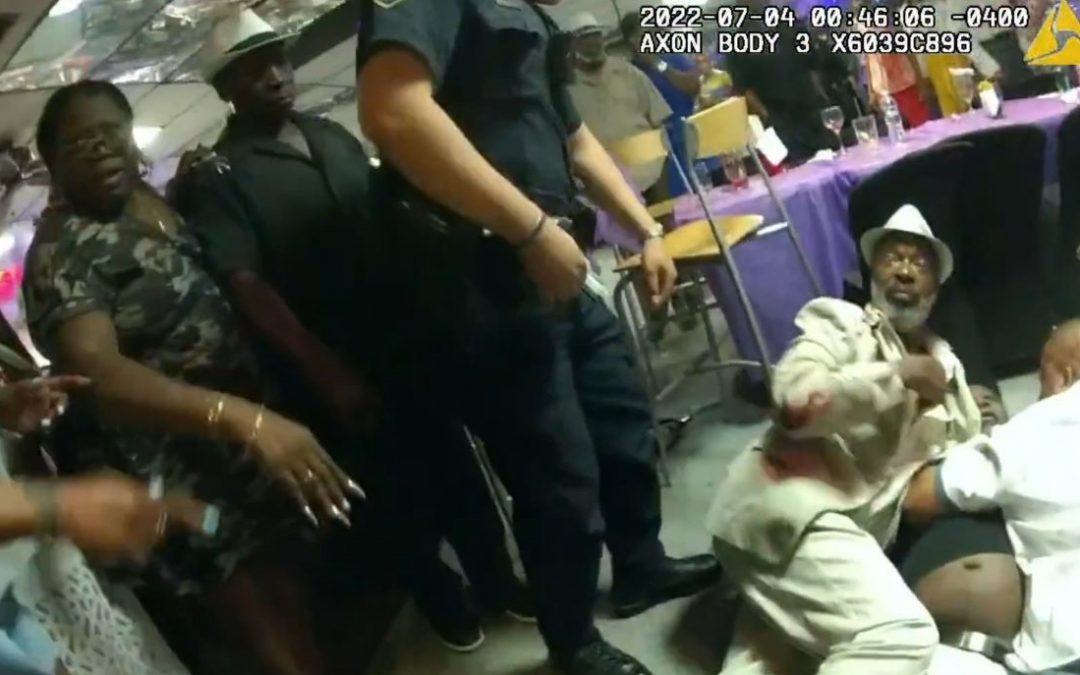 Firearms have been part of Lloyd Muldrow’s life since 1982 when he enlisted as an infantryman in the United States Marine Corp. After 15 years, he joined the Army, where he served an additional six years. Nowadays, Muldrow works as a private security officer for the Naval Security Forces in Norfolk, Virginia, where he is licensed to carry a concealed firearm.

To be clear, Muldrow, 58, is a highly trained, experienced armed professional.

Unfortunately, none of this mattered to Baltimore Police. Muldrow now faces up to a year in prison, thousands of dollars in fines and legal fees, and the loss of employment and his gun rights, all because he saved a friend’s life and quite possibly prevented a mass shooting.

Events began last Fourth of July, when Muldrow joined friends and family at a private social club in Baltimore.

He knew something was wrong as he walked toward the club. People were screaming and running out the door. Once inside, he saw that one of his friends was being pistol-whipped. There was so much blood it looked as though his friend had been shot in the head.

“I immediately went into action,” Muldrow said Wednesday. “I struck the assailant and took him down, slid the gun out of his hand and held him on the floor until police arrived.”

“Where’s the gun?” an officer asked Muldrow, according to police bodycam footage of the incident.

“Mine is on my hip,” Muldrow said, twice, volunteering that he was armed. An officer took custody of his weapon and the assailant’s, which Muldrow recalls was possibly a Glock.

“Initially, the police thanked me because they didn’t have to shoot him,” Muldrow said. But a police supervisor arrived within minutes and was told Muldrow had a concealed-carry permit from Virginia, which is not recognized by Maryland, even though Virginia offers Maryland concealed carriers reciprocity and honors their permits.

“That don’t work,” he recalls the police sergeant saying. “Lock him up.”

Muldrow was charged with illegally carrying a concealed weapon in the state of Maryland within 100 feet of an establishment that serves alcohol. Though a misdemeanor, he faces up to a year in prison, a year of probation, a $1,000 fine and the loss of his gun rights for a year, which will likely lead to a loss of his licensed security job. The charges the real bad guy faces are not known. Baltimore Police did not respond to requests for comment for this story.

Muldrow pleaded not guilty to the charge. His case is pending. A Give Send Go account, has been established to help with expenses. So far, it has raised $40,000 of its $100,000 goal.

After his arrest, Muldrow spent 18 hour in jail.

“It was the worst 18 hours of my life,” he said. “But the police were really grateful and thankful, and they laid out the red carpet all the way to the jailhouse.”

One of the medics at the scene was caught on the bodycam footage questioning police about Muldrow’s arrest. Officers told him to lobby lawmakers for “open carry,” even though reciprocity with other states’ CCW permits or constitutional carry would have been better options.

Nowadays, murders are commonplace in Baltimore.

The city has had 260 reported homicides so far this year, according to an online homicide tracker created by the Baltimore Sun.

Baltimore’s National Public Radio affiliate publishes the names of each murder victim, a list which is updated every single day.

The first half of 2022 was the deadliest in the city’s history, according to the Baltimore Banner. There were more than 41 killings just in June. Thirty-five of the victims were African-American.

By comparison, according to the Murder Accountability Project, of the more than 980,000 murders that have occurred in the United States from 1965 to 2021, the clearance rate is 65-percent.

There are some who will say that all of this is Muldrow’s fault, because he didn’t know or didn’t follow the limitations of his concealed-carry permit. But these are folks who have never been to Baltimore.

Baltimore Police don’t control the city’s streets. The drug crews do. Police in Baltimore are tourists. They patrol the neighborhoods as best they can, and they usually come when called. But the drug crews live there, and the residents know it.

Police and prosecutors have always had a hard time gaining the trust of the good folk in the city. Arresting a good guy with a gun – a real hero – certainly won’t help. Witnesses will be even more reluctant to come forward, and homicide clearance rates will plummet even lower.

Baltimore Police currently operate under a federal consent decree with the U.S. Department of Justice. Things got so bad that the feds took over and established an independent monitoring team, which sets deadlines for major reforms within the police department. Muldrow’s arrest proves they have a long way to go.

Of course, national concealed-carry reciprocity or constitutional carry would have prevented Muldrow’s arrest, but these civil rights reforms are unlikely to happen anytime soon, given the Biden-Harris Administration’s strong antipathy toward guns, gun owners and gun rights.

In my humble opinion, Mr. Muldrow’s arrest should have been stopped before it ever started, by the police officers who responded to the scene. While he may have violated the letter of the law, Muldrow certainly didn’t violate the spirit of the law. Patrol officers have discretion, and they should have exercised some of it in this case.

Lloyd Muldrow saved a least one life and quite possibly a few more. He deserves a medal, not criminal charges. Police and prosecutors need to admit that a mistake was made, drop all charges and give his pistol back. Not only would the law-abiding residents of the beleaguered city cheer the decision, it is the right thing to do.