The Miami Police Department plans to hold a gun buyback this Saturday at Miami City Hall, which it is calling “GUNS 4 UKRAINE.” Police are offering gift cards in exchange for the weapons: $50 for a handgun, $100 for a shotgun or rifle and $150 for what the department calls a “high powered rifle (.223 caliber, AR-15, AK-47).”

According to Miami Police Public Information Officer K. Fallat – who declined to provide her first name – the firearms “bought back” will be sent to the Ukrainian military to help in their war against Russia.

“It is my understanding that the guns are going to be shipped off to Ukraine,” Officer Fallat said Wednesday.

It also violates Florida Statute 790.08, which regulates what police can do with firearms or other weapons that come under their control. Basically, they can use the weapons, loan them to another law enforcement agency, destroy them or sell them, but the statute requires them to deposit all money raised from the sale into the state treasury earmarked for the benefit of the State School Fund. The state statute does not allow them to ship the arms to a foreign military.

I asked Officer Fallat if she was aware that shipping arms to a foreign country could potentially violate ITAR.

“Sir, I am not aware of that. I’m not shipping them. The property unit is,” she said. “I will make a note of that and advise my higher ups.”

Neither was she aware if the Miami Police Department had a license to export firearms.

Officer Fallat was also unaware that shipping firearms to a foreign country was prohibited by Florida Statute 790.08.

“I can look it up and get back to you. I don’t know that,” she said. “I always keep my Florida Statute book handy. The role of a PIO is if I don’t have answers for you, I will get answers for you.”

Officer Fallat then requested I email my questions to her, which was done. I have not yet heard back from her or her supervisors.

As of today, the gun buyback is still scheduled to be held Saturday. 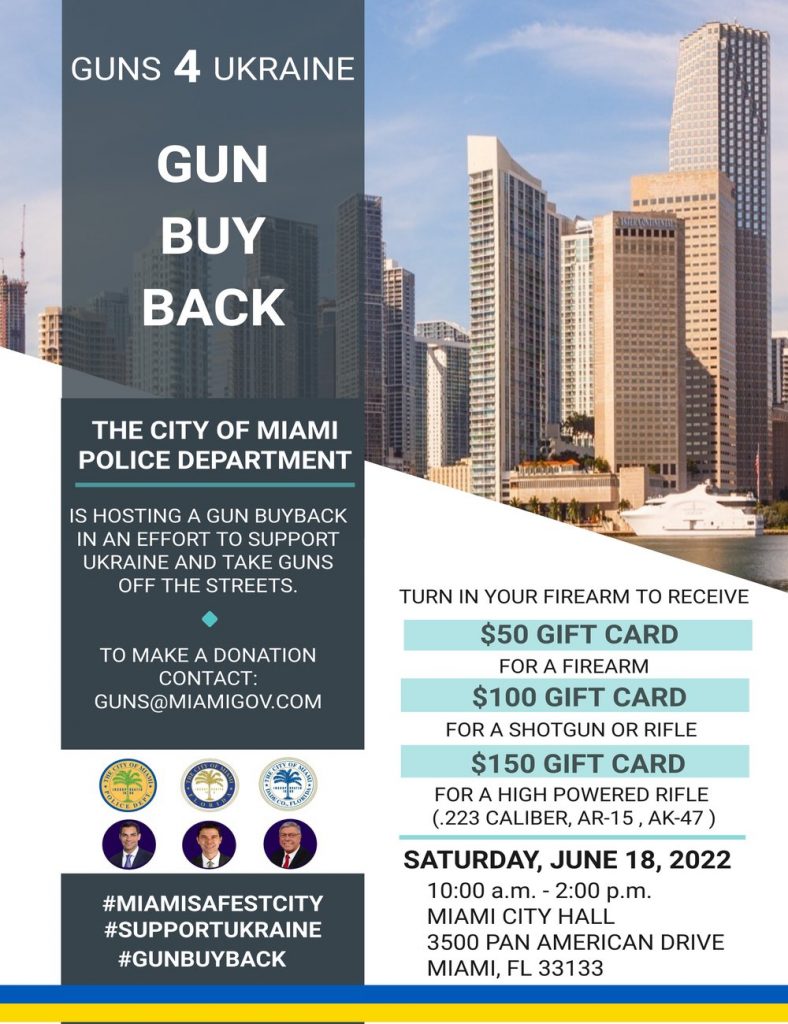