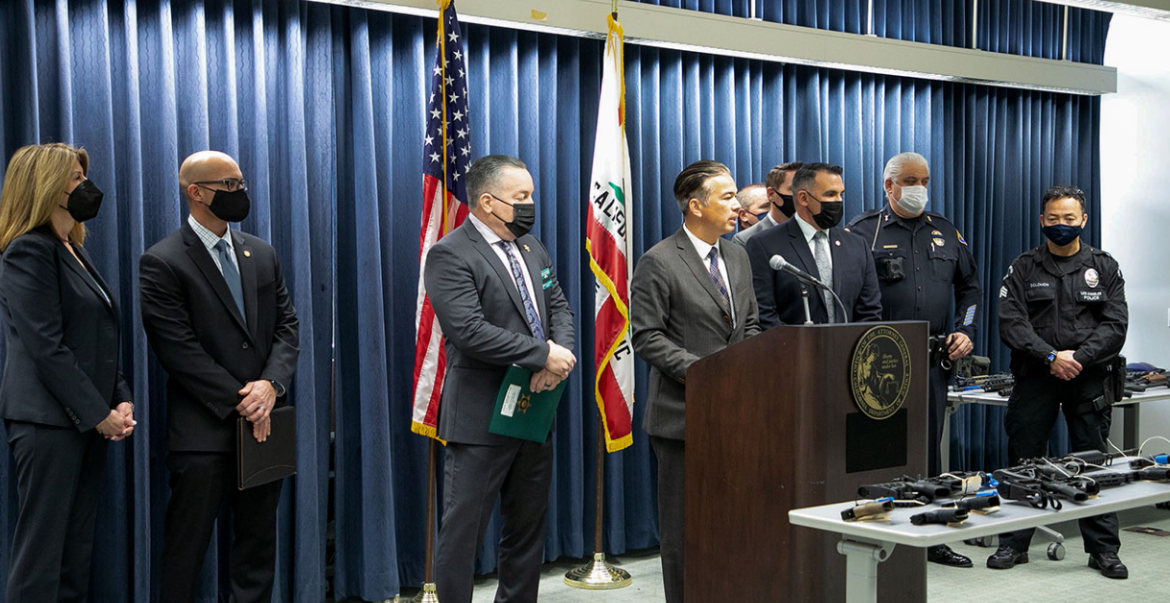 On Monday, California Attorney General Rob Bonta posted the names and addresses of concealed-carry permit holders on the California Department of Justice website.

In a press release, Bonta claimed the move was to “improve transparency and information sharing for firearms-related data and includes broad enhancements to the platform to help the public access data on firearms in California, including information about the issuance of Concealed Carry Weapons (CCW) permits and Gun Violence Restraining Orders (GVROs).”

He also claimed it will help promote “gun violence” research, and foster “trust between law enforcement and the communities we serve.”

Make no mistake, this is all bunk.

Bonta’s move was clearly retaliation for the Supreme Court’s decision in New York State Rifle and Pistol Association v. Bruen, which affirmed the right to bear arms outside the home.

Bonta’s true intent was to put Californians on notice that if they want to exercise this right, they will pay a price, and the price will be their privacy, safety and security.

You see, Bonta has created a handy reference guide for burglars, home invaders and other criminals. Now, they’ve got a searchable database of firearm owners and homes where guns are kept. Guns have always been the third most sought-after item by burglars, after prescription meds and cash.

What’s not included in Bonta’s press release, tweets or media interviews is the chilling effect this will have on the Second Amendment in the Golden State. Anyone who wants to carry a defensive firearm must now risk a complete loss of their privacy and the increased likelihood they and their family will be targeted by criminals.

I’m sure California’s booming gun-ban industry, which likely played a significant role in developing this idea, has already made plans on how to use the database to their advantage. Look for massive doxing, which will include false red-flag complaints, cyber-crimes and other online harassment.

At one time California led the nation in online data security.

The California Database Security Breach Notification Act (Cal. Civ. Code 1798.29), which became effective in 2003, requires “any person or company conducting business in California that owns, licenses, or stores certain types of computerized personal information to disclose any breach of the security of the system by notifying California residents whose information was, or is reasonably believed to have been, accessed by an unauthorized person.”

I wonder if Bonta will notify the state’s CCW permit holders that their data has been breached.

Terrorism isn’t terrorism if the government does it. It’s law enforcement.