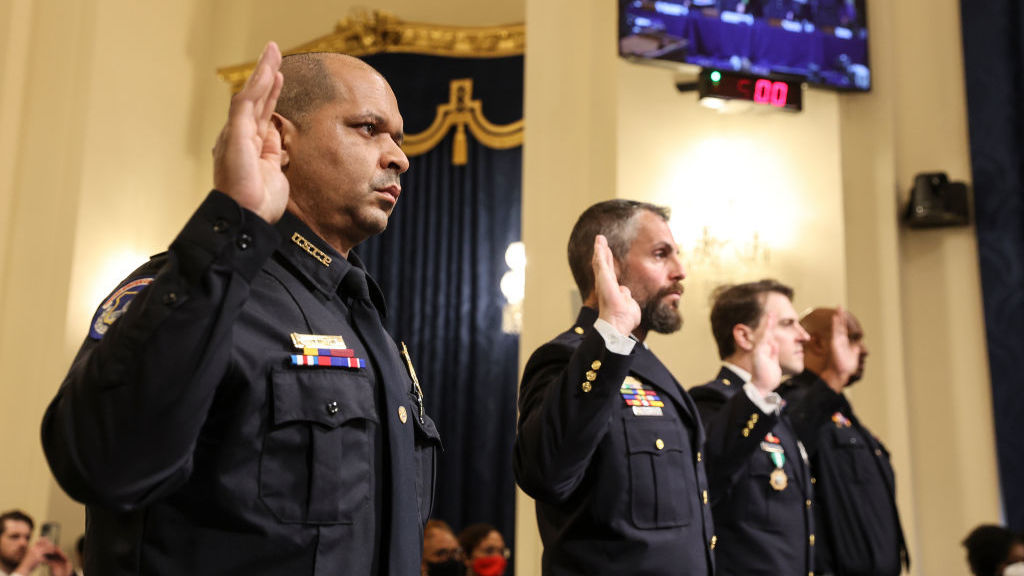 For a few hours on Jan. 6, United States Capitol Police officers got a taste of what many cops in this country experience on a regular basis. In fact, officers policing the rough parts of this country’s decaying metros might consider what the USCP officers went through to be an easy day.

My 10 years as a cop taught me that law enforcement is all about perspective. The more badness and violence an officer encounters, the easier it is for them to understand and process – the less traumatic it becomes. If a cop spends most of their time manning a static security checkpoint, providing directions for lost tourists or reading magazines and trying to stay awake during committee meetings, I imagine the events of Jan. 6 could be life-altering. It’s clearly altered a few.

“For most people, January 6 happened for a few hours,” USCP Sgt. Aquilino Gonell told the House Committee investigating the incident. “But for those of us who were in the thick of it, it has not ended. That day continues to be a constant trauma for us.”

Gonell testified that he and his colleagues were “crushed” by the crowd as they tried to stop people from entering the Capitol. “All of them were telling us: Trump sent us,” he said.

I can imagine that for some officers being shoved around by unruly trespassers could be traumatic, but for others it wouldn’t even merit mentioning.

Harry Dunn, a black USCP officer, said he was called the N-word on that day. “Nobody had ever, ever called me a [N-word] while wearing the uniform of a Capitol police officer,” Dunn told the committee. He was clearly upset. By comparison, I know a black state trooper who worked the rural areas of his state who heard the offensive word on a regular basis.

To be clear, all of the officers who testified before Nancy Pelosi’s committee went home after their Jan. 6 shift. None of them were shot or stabbed. None of them had to take anyone’s life.

Other than on that day in January, the USCP appears to be a relatively safe place to be a cop. Since the agency was founded in 1828, seven USCP officers have died in the line of duty. By comparison, Washington D.C. Metro Police lost 121 officers over roughly the same time period. Chicago Police lost more than 500 and eight K9s.

The mission of the USCP is to “Protect the Congress – its members, employees, visitors, and facilities – so it can fulfill its constitutional and legislative responsibilities in a safe, secure and open environment,” so you would think that the agency would focus its enforcement efforts in Washington, D.C., but that is no longer the case.

Congress is now seeking to nationalize the USCP by creating field offices in different states. “The new USCP field offices will be in the Tampa and San Francisco areas. At this time, Florida and California are where the majority of our potential threats are,” the USCP announced in an email earlier this month.

I hope the department will be somewhat selective about the officers they assign to work outside of the D.C. bubble. Working in California – and especially Florida – will be unlike policing the Capitol. Florida offers plenty of adventures for law enforcement.

I’d hate to see any more USCP officers get traumatized.