Don’t get ripped off: How to spot a fake online gun dealer

Bill’s wallet is $550 lighter thanks to an online scammer masquerading as a legitimate gun dealer, and he knows it could have been worse.

A retired doctor and avid shooter from north Florida, Bill did not want his last name used for this story. His saga began with a search for an FN 502, a tactical .22 LR handgun, which he wanted for steel challenge matches.

“I couldn’t find them anywhere,” he said. “Nobody had them, but then I found one website that had them in stock – Xtreme Gun Broker.”

Bill live-chatted with someone who identified himself as Carl, who confirmed they had the pistol in stock for $500 plus $50 for shipping.

“I was going to give them a credit card, but he said they didn’t take cards. They wanted PayPal or Zelle,” Bill said. “My girlfriend had a Zelle account so we sent the money through Zelle.”

Xtreme Gun Broker sent Bill a tracking number, which didn’t work very well. It was much different than tracking numbers he’d used for UPS or the USPS. It showed a trucking company and pictures of their trucks. Eventually, he was able to decipher that the pistol left Xtreme’s headquarters in Utah and made it to Alabama, but then there was a shipping snag, which Bill was told he could remedy for an additional fee.

“I got a letter that said there were ‘unforeseen circumstances,’ so they wanted me to pay $750 for a refundable insurance policy, so they could send the gun from there to my FFL,” Bill said. “I thought to myself that there was no such thing as a $750 insurance policy for a $500 gun. That’s when I realized I’d been had.”

He went to his bank to see if the funds could be recovered. To date, he has not recouped a single dollar.

“Other gun owners need to be aware of this. They need to be warned so they don’t get screwed like I did,” he warned.

I went onto Xtreme Gun Broker’s website and live chatted with someone who claimed to be Carl. I coaxed two phone numbers out of him. The first number, 385-222-2526, wasn’t working. No one answered the second number, 469-546-9248, a Google phone, until I live chatted that I was calling again.

We spoke very briefly. Carl had a distinct accent, possibly Middle Eastern. When I asked him where he was really located, he hung up and refused to respond to any more phone calls or live chat.

Scam gun websites are a growing problem. They steal millions of hard-earned dollars from gun owners every year. Here are some tips to help spot them so you don’t get swindled.

The best way to tell the difference between a scammer and a legitimate gun dealer is by taking a hard look at their website, and Xtreme Gun Broker’s site raises a lot of questions and a ton of red flags.

Xtreme has a miniscule internet presence. There are no comments, no mentions in chatrooms or blogs, or reviews on other websites. It’s almost as if it didn’t exist until very recently. That’s a massive red flag.

Their URL, Xtreme Broker doesn’t match the name on the top of their landing page: “Guns Retailer.” In fact, there’s another website called “Guns Retailer” that apparently is affiliated with Xtreme. It, too, is a scam.

The biggest tipoff is the websites’ clunky use of language. English is a difficult language to learn, especially our idioms and expressions. It’s clear that much of the chatter on the two websites was written by someone whose native language is not ours. Some of their errors are actually funny.

Here are some examples from the websites:

Most scammers don’t go through the trouble of creating their own pages. They cut and paste from legitimate websites, and evidently from other sources.

This was posted in a review of the “.223 varmint rifle,” which I assume was lifted from a game-type website. 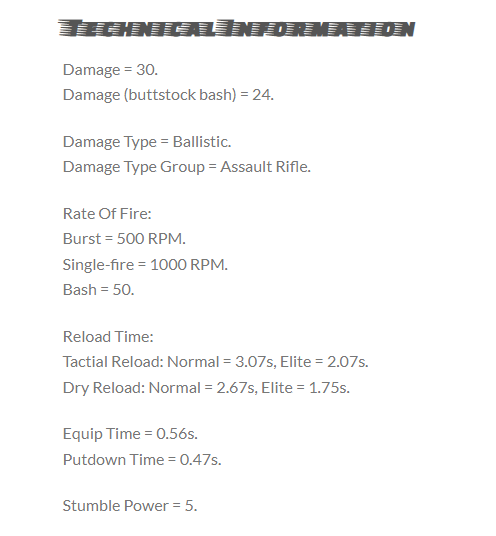 The two sites had other technical issues. There were links that did not work, the layout was poor – photos tended to overlap – and Xtreme’s site does not allow you to highlight, cut and paste text. This is to prevent you from dumping the text into a search engine, to find the site where it was stolen.

I’ve bought dozens of guns online, and I’ve used a credit card to purchase every single one. If a gun dealer doesn’t take credit cards – runaway.

Not only does Guns Retailer not take credit cards, they prefer to be paid in crypto currency. If you don’t know anything about crypto currency, no problem. They have a “How to Pay” page on their website devoted to teaching their would-be victims how to create and open a crypto currency account and then pay with Bitcoin for the guns they’ll never receive.

Neither website has a phone number or email address listed. Instead, they have a contact form, which their victims must fill out.

During our chat, Carl said his address is xtremebroker@yahoo.com – a free email service instead of a proprietary one.

All of these factors should serve as a warning to potential customers that the scammers want to conceal their actual locations because they don’t want to be found.

If you’re contemplating an online purchase and the website is clunky, poorly worded, requests a type of payment other than a credit card and the owners are difficult to contact, you’ll likely lose your money. Buyer beware. If a deal seems too good to be true, it probably is, especially if it’s online.

In a perfect world, the proprietors of these fake websites would be dragged screaming from their homes and keelhauled, or at least arrested and charged with multiple felonies. Unfortunately, that is not likely to happen, since most of them operate overseas.

I hope these tips will make life a little harder for the scammers. They’ve swindled enough of our friends.