Skip to content
Home » UPDATED: Firing a shotgun into the air, shooting to wound and other dangerous ideas

UPDATED: Firing a shotgun into the air, shooting to wound and other dangerous ideas

When Joe Biden announced last week that police should shoot to wound rather than shoot to stop the threat, most people ignored his crazy ideas and considered them merely the rantings of an 80-year-old man likely suffering from dementia, who has lived most of his adult life in a bubble surrounded by armed protective details.

But when Rob Pincus told FOX News he supported Biden’s ideas, even shooting a shotgun out a door to scare away bad guys, it was too much. Even with Pincus’ previous statements calling for more gun control, he had crossed the Rubicon. There was no going back.

Here’s what Pincus told FOX News: “Biden, many years ago, made a statement about going outside and firing a shotgun up in the air if somebody is trying to break into your home. What he said last Friday is really very closely related to that concept, which is if you’re going to use a gun, you don’t have to use it to kill someone, there’s other ways to somehow use a gun to defend yourself; and that is anathema to people in the training community, whether it’s law enforcement, military or civilian defensive shooting in the United States,” Pincus said, adding later, “I have to admit that Biden’s right. If somebody were trying to break into your home, and you stick a shotgun out the window and fire rounds into the air, that person is probably going to leave.”

Now that Pincus was all-in on Biden’s warning shots and shooting-to-wound tactics, I asked experts from law enforcement, the military and the civilian shooting industry what they thought about Pincus’ comments. Here’s what they had to say.

“The whole concept of what Biden was saying is insane,” said Sarasota County (Florida) Sheriff Kurt Hoffman. “Every modern law enforcement agency is teaching a single-officer response to an active shooter, so you’re never going to shoot to potentially incapacitate. You’re going to shoot to stop the threat. Why shoot for limbs, feet or ankles? It makes no sense whatsoever.”

Shooting to incapacitate, Hoffman said, prevents a deputy from helping the wounded.

“If you can’t effectively neutralize a threat as quickly as possible – which equals shooting center mass – you can’t render aid to other people on scene who need assistance. Are you going to wound someone and hope he stays down while you render aid? This is the complete antithesis of what we would do. This is crazy.”

Mark Oliva, managing director of public affairs at the National Shooting Sports Foundation, said firing warning shots as Biden and Pincus have suggested could land the gun owner in jail.

“Among the cardinal rules for firearm safety is to know your target and what is beyond. NSSF does not recommend any firearm owner blindly fire their shotgun, or any other gun for that matter, into the air. President Biden’s, or anyone else’s advice, that this is a viable option only puts gun owners on shaky legal ground. Jeffery Barton, of Clark County, Washington, was charged with illegally discharging a firearm after intruders attempted to break into his home. Those charges were later dropped. However, he was convicted of obstructing a police officer,” Oliva said. “Firearms are used lawfully each and every day to defend an individual’s life or the lives of loved ones. The decision to use a firearm in self-defense is a serious and are never taken lightly. Discharging firearms recklessly into the night sky could have unintended consequences. Firearm owners should be confident of their intended target and what is beyond it whether they are using their firearm to defend their life, hunting or on a recreational target range. Firearm safety rules are paramount, no matter what the scenario.” 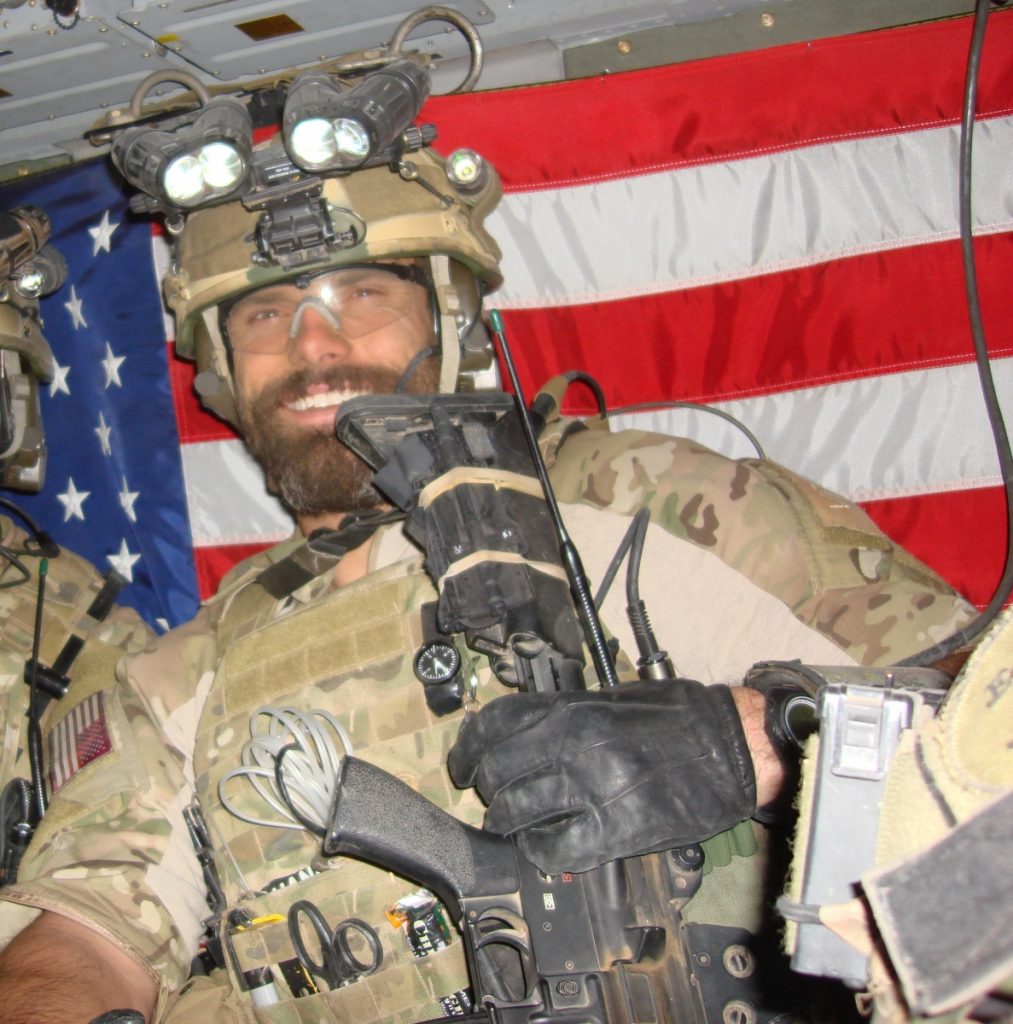 MSG Bob Keller while serving as a member of the 1st SFOD-D. (Photo Courtesy of Bob Keller.)

Bob Keller is a retired Master Sergeant who spent all of his career in Army Special Operations, including 17 years as a Tier One operator in the 1st Special Forces Operational Detachment-Delta (1st SFOD-D), which is better known as Delta Force. Today, Keller teaches civilians, law enforcement, government and corporate groups through his training firm, Gamut Resolutions.

Keller has been in more than 400 gunfights and has never once shot to wound. It is “ignorant and irresponsible” he said for any instructor to teach shooting to incapacitate.

“There’s no way an average shooter can do that,” Keller said. “If you’re telling people to do that and they get in an active shooter situation – and keep in mind anything within CONUS is a no-fail shot – and they’re now aiming for someone’s arm or leg, the likelihood of them making the shot is miniscule. That’s a tough shot for me and I’ve been training my whole life. What happens if they miss the shot and hit a child? Such a low-percentage shot is a huge risk in a CONUS environment. I’ve never shot to wound, at least not intentionally. If someone has a gun in their hand and is getting ready to use it, you don’t shoot to wound. Does he (Pincus) know how hard of a shot that is? It’s ridiculous. Who’s going to be held responsible if a friendly gets shot because someone was trying to shoot the bad guy’s arm? I’d like to see him (Pincus) make that shot.” 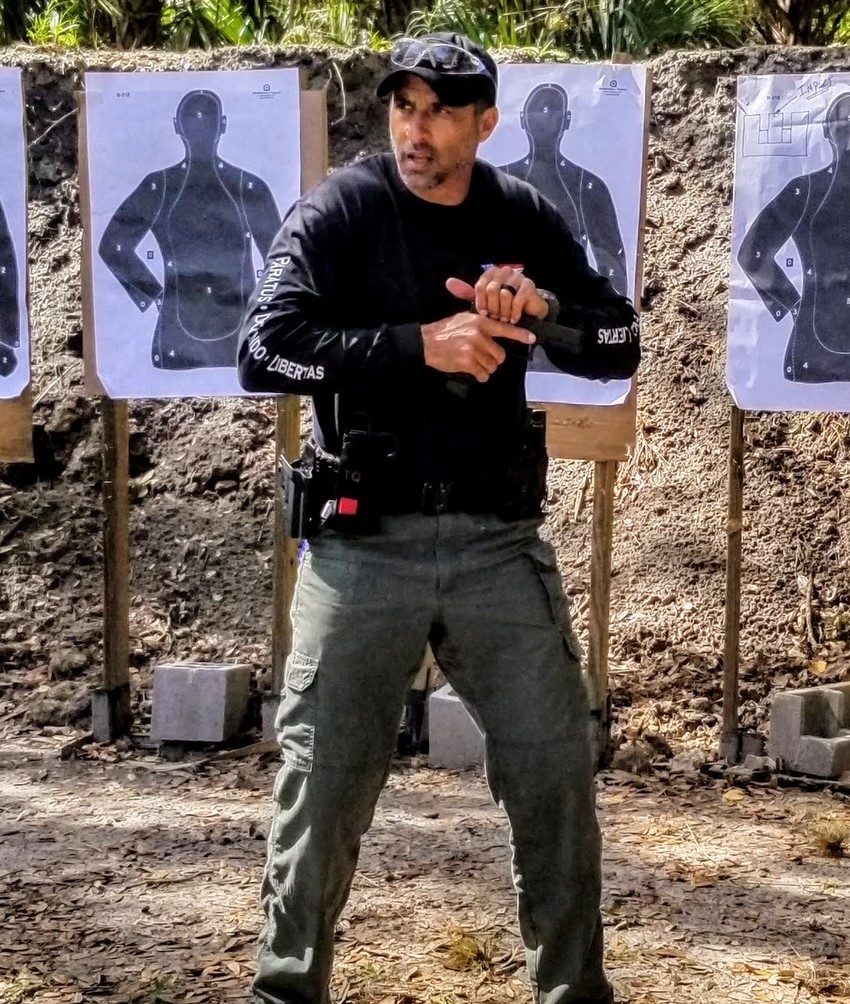 “Shooting to wound? Who are you shooting at? Are they mentally stable? Do they feel pain? What is their level of commitment to the fight? Will shooting make them more angry? Are they on drugs? Are they on alcohol? Are they able to fight through the wound?” he asked.

Pezzella ponted out that that 96% of civilian defensive shootings take place within nine feet.

“Assuming you hit them in the arm or leg, within nine feet you don’t have time, distance or opportunity to shoot again,” he said. “Shooting in combat is extremely difficult to do well: they’re shooting and moving, and you’re moving. If someone threatens you with a firearm, the time you think you have to wound them does not exist, assuming you can even hit them. It’s not possible to shoot someone in the extremity in the real world.”

Joe Krawtschenko is a retired law enforcement officer, a firearms instructor and owner of The Gun Shoppe in Southwest Florida.

A few years ago, he met Diego, a then-10-year-old boy who was fighting for his life.

“Diego and his parents were standing in their front yard near Ruskin (Florida) watching fireworks on New Year’s Eve,” Krawtschenko said. “He was standing between his parents when he suddenly fell to the ground bleeding from the head. A .45-round hit him right on the top of his head, penetrated his skull and was lodged in his nasal cavity.”

Diego was in a coma for a week and spent years recovering.

“What goes up must come down, with enough force to kill someone, and we don’t know where it’s coming down,” Krawtschenko said. “Diego recovered. The last time I saw him, he took a class from me with his mother. He’s a normal kid, riding a skateboard.”

Krawtschenko described Pincus’ and Biden’s tactic of shooting into the air as “moronic.”

“You’re going to have a bunch of idiots firing warning shots into the air with no idea where the shot’s going to land,” he said. “We live in a well-populated area. Look around within a mile of where you live. There are schools, parks and playgrounds loaded with kids. Diego and his parents never became anti-gun. They’re anti idiots-with-guns.”

UPDATE: Pincus posted this response to this story on a private Facebook group.

Seems like some wannabe “investigative journalists” insist on proving that they can’t be bothered to investigate anything but their own agenda.

Every fundamental defensive shooting class that I can recall teaching over the last two decades has included an acknowledgement that most defensive gun uses are psychological, not physiological.. but, also an assurance that I wasn’t teaching the class for the threats that would get scared away, I was teaching the students to be better prepared to use their gun to physically stop the threat.

A gun is not a signaling device and should be used as such… nor should there be such a thing as “I was shooting to wound”. Firing a gun is a use of lethal force.