Following the tragic shooting in Uvalde, Texas, the gun control group CEOs for Gun Safety sent a letter to members of the U.S. Senate, asking them to pass stricter gun control legislation.

“The gun violence epidemic represents a public health crisis that continues to devastate communities – especially Black and Brown communities – and harm our national economy,” the letter stated. “All of this points to a clear need for action: the Senate must take urgent action to pass bold gun safety legislation as soon as possible in order to avoid more death and injury.”

Not surprisingly, the CEOs cited Everytown for Gun Safety’s “research.” Interestingly enough, one of the websites the letter links to is a “Gun Deaths by Intent” sheet that includes a pie chart of gun deaths. 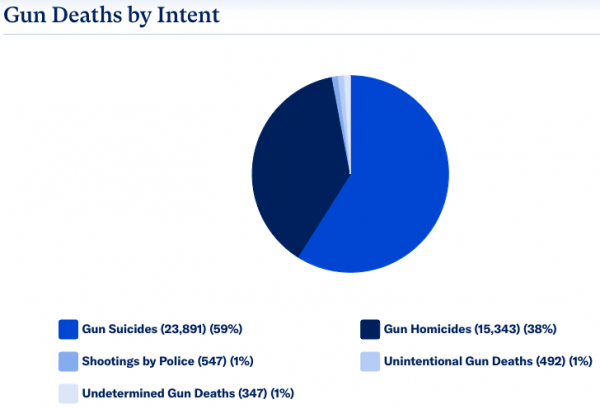 What they fail to mention is that suicides – not mass shootings – are the leading cause of gun-related deaths. They fail to point that out because it doesn’t fit their narrative.

Edelman Takes Things to the Extreme

According to Edelman, Congress has an “excuse” – known as the Second Amendment – not to pass stricture gun control legislation.

“This is 10 years after Sandy Hook, and status quo just won’t do,” Edelman told the news outlet. “Somehow, falling back on the rights of citizens to bear arms is just kind of an excuse for delaying what is inevitably in the interests of the communities.”

Of course, he followed up with the typical statement coming from anti-gunners. He believes in the Second Amendment but there’s a caveat.

“To be clear, what [the letter] said was nothing specific,” Edelman explained. “We want something like a red flag law, or we want some limitation on age, or we want something that limits high-capacity ammunition — all of these should be on the table. It’s up to Congress to make the specifics. But we need gun safety.”

“I believe in the Second Amendment, but I want to be sure that guns are used appropriately,” he said.

“I thought it was interesting the group of CEOs who did sign on. It was a mix of tech companies, younger companies, clothing companies, consumer products companies, some service companies like my own,” Edelman explained. “It’s a pretty unanimous kind of approach. And corporate America is saying, come on, Senate, do your job. It’s time. Find a middle ground. Even if we have to settle for less than optimal from some sides or other — get to legislation.”

Edelman indicated CEOs need to weigh the pros and cons of activism conducted in a private or public setting.