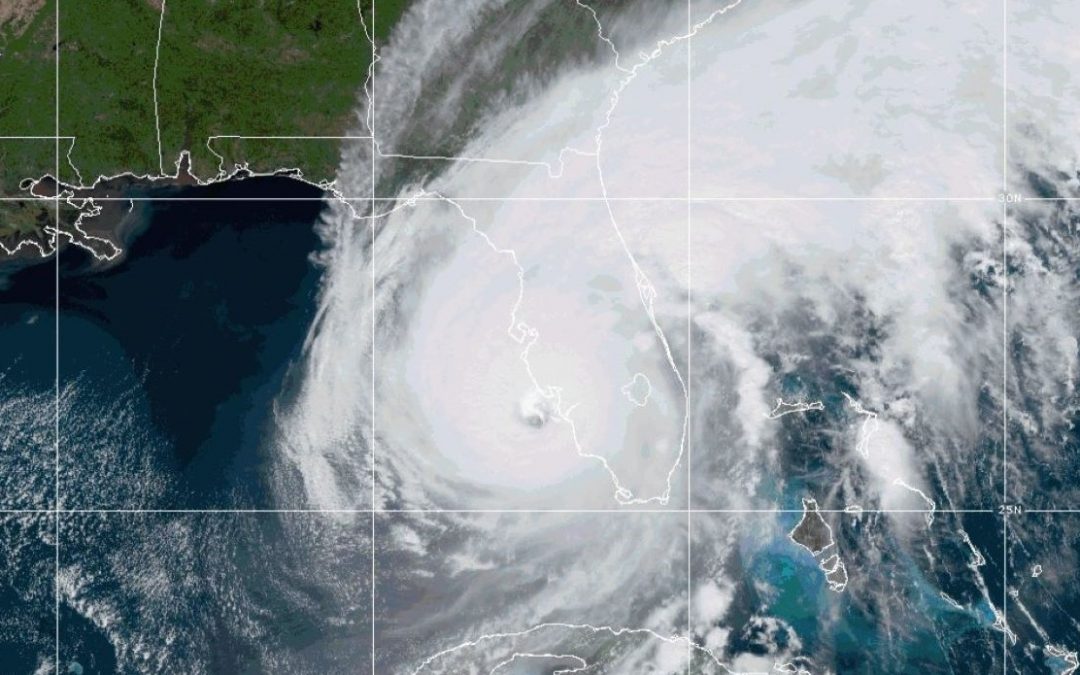 Guns save lives, especially after a hurricane. It’s a fact Floridians have known for a long time.

Even Gov. Ron DeSantis mentioned this when he issued a not-so-subtle warning to would-be criminals seeking to take advantage of Hurricane Ian survivors:

“You never know what may be lurking behind somebody’s home. And I would not want to chance that if I were you, given that we are a Second Amendment state,” DeSantis said Saturday.

Hurricane Ian taught us several lessons and reinforced several more – especially the need for dependable, modern firearms to secure ourselves, our families and our property.

The AR-15 – America’s Rifle – has long been Florida’s Rifle, too. Ours are pure and effective, since we’re not forced to add bullet buttons, shark-fin grips or other useless doodads, which are required in non-free states and designed solely to degrade the weapon’s effectiveness.

Ask someone in Naples, North Port or Fort Myers Beach if they’d trade their fully functional AR for something that’s California compliant or street legal in New York or New Jersey. Let me know what they say once they stop laughing.

Access to the best means of defending ourselves is a God-given right codified in the United States Constitution and those of most free states. No government has the authority to meddle with this, although many still do.

If Ian taught us anything, it is that these laws, and the politicians who support them, need to be replaced, and the sooner the better.

We were just minutes from evacuating when Ian changed course, hooked right and headed south, sparing northern Sarasota County where I live.

I had prayed for this, and I still feel guilty about it, because the course change brought death and destruction to those to our south.

Before the shift, we were ready to go. The truck was packed, and the first thing I had loaded was my Bugout Bag.

A good bug-out bag can save your life, assuming it’s stocked with what you need, and you know how to use it.

Click here for some advice on setting one up.

Mine can keep two people alive for at least 72 hours – 84 hours if we push it. It has a spare handgun as well as redundant systems for water purification, food, shelter, fire starting, First Aid, communication and of course self-defense, including spare mags for my defensive firearms.

There are plenty of pre-stocked bug-out bags on the market. Some are great, but most leave a lot to be desired, because the manufacturers skimp on the contents to maximize their profits. Besides, these one-size-fits-all kits are never as good as something you assemble yourself. They don’t consider climate, terrain and other factors.

Once in the truck, everything else became redundant, which was a great feeling.

A good Bugout Bag will give you peace of mind.

When it became clear Ian could threaten Florida, I took all my defensive firearms to the range. I didn’t shoot much, just enough to make sure everything was zeroed and functioned properly.

Once satisfied, everything was cleaned, mags were refilled and I replaced the batteries in the lights and sights.

You need to be confident and proficient with your defensive firearms, and you need to know your capabilities and limitations. You shouldn’t be unboxing your firearms for the first time as a hurricane forms offshore, a railcar of noxious chemicals derails or a wildfire burns a path to your home.

As Ian headed toward Southwest Florida, I was incredibly grateful for every class I’d ever taken, and every second I had ever spent at the range.

During World War II, Academy Award-winning filmmaker Frank Capra produced a series of short films titled “Why We Fight.” They were made so the American public could understand why we became involved in the war.

For me, Hurricane Ian became my personal why-we-fight exemplar.

Ian made it clear why SAF, GOA, NRA and every other gun-rights group battles so hard for our civil rights.

I have access to the best tools available to defend my family. That didn’t happen by accident. It took hard work – decades of hard work.

There are still too many states where the government prevents good folks from adequately defending themselves – where only police and government officials have access to the best self-defense tools. God forbid residents there are tested by a calamity, especially one like Ian.

This, friends, has got to change. We owe it to them. Are we not all Americans? Should we not all enjoy the same freedoms and liberties?

This is truly why I shall continue to fight.

While Ian’s final death toll has yet to be written, the hurricane killed scores of Americans and robbed thousands more of their property and homes.

Please click here if you can donate your time or money to aid in their relief.