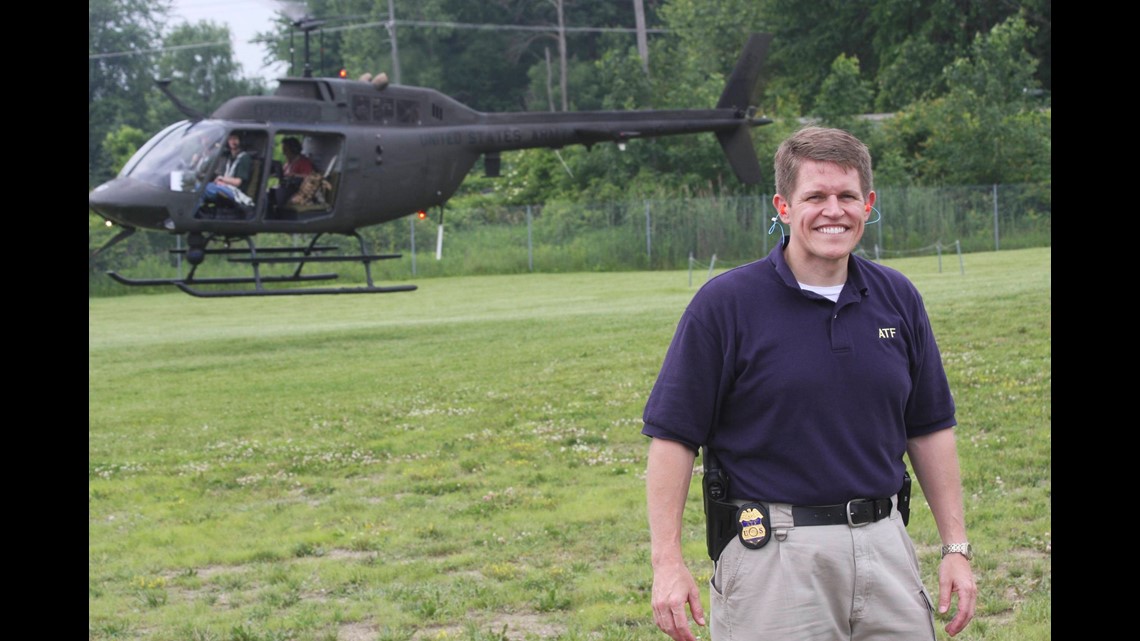 David Chipman’s charm offensive to win over U.S. Senate support is failing. The would-be director for the Bureau of Alcohol, Tobacco, Firearms and Explosives (ATF) nominated by President Joe Biden is in trouble and even the most ardent gun control supporters in Congress are admitting it.

U.S. Sen. Dick Durbin (D-Ill.), Chairman of the U.S. Senate Judiciary Committee, said “there are a lot of issues” surrounding Chipman’s nomination, according to Politico. Sen. Durbin added that the whip count to line up the votes to confirm him “is not where we want it yet, but there’s always a chance.”

That’s not the same ringing endorsement Sen. Durbin had for Chipman at his confirmation hearing in May. Sen. Durbin introduced Chipman as “working tirelessly” for law enforcement safety and “advancing bipartisan commonsense measures to protect gun ownership.”

That’s a stretch even for Sen. Durbin. I’ve publicly made the offer and repeat it again. I’ve offered a crisp $100 bill to the first person who can name a single bill expanding Second Amendment rights that David Chipman has supported. No one has claimed the C-note because Chipman’s not a Second Amendment supporter.

Sen. Durbin wasn’t done there. He was so confident Chipman would sail through confirmation he called him, “singularly positioned to lead ATF.” He added, “His knowledge of the agency and its purview is unparalleled. In my estimation, he has what it takes: acumen, leadership experience and commitment to lead the ATF.”

The reality is that Americans aren’t thrilled that President Biden nominated a gun control lobbyist to run the bureau with regulatory oversight over the firearm industry and law enforcement authority. It’s a move meant to punish the industry and pursue gun control outside of legislative channels.

NSSF conducted surveys in key states where some senators have yet to decide on Chipman and voters rejected his nomination. In Arizona, Maine, Montana, Pennsylvania and West Virginia, over half the likely voters told pollsters they wouldn’t support Chipman as head of ATF. In West Virginia, that was over two-thirds of likely voters.

NSSF shared the results with senators from those states. NSSF then purchased television advertising for the first time in the trade association’s 60-year history to remind voters to contact their senators and let them know to vote “no” on Chipman. That’s had an effect.

Senate Republican Whip John Thune (R-S.D.) announced from the Senate floor that he would vote against Chipman’s nomination due to his advocacy for gun control, including banning the AR-15 or Modern Sporting Rifle (MSR) and his disparaging of gun owners.

“I do not believe we can rely on Mr. Chipman to respect our Second Amendment rights or the Americans who exercise them, which is why I cannot vote to confirm him as director of the ATF,” Sen. Thune said.

“His statements have made one thing clear,” Sen. Braun explained. “If confirmed, he will fail to uphold the Constitutional right to bear arms.”

Sen. Jerry Moran (R-Kan.) issued a press statement explaining, “He is the wrong choice to lead the ATF for Americans, and I will firmly oppose his nomination.”

Sen. Steve Daines (R-Mont.) tweeted a video of him objecting to President Biden and Sen. Chuck Schumer (D-N.Y.) “propping up yet another very controversial nominee.” He added in the tweet, “Chipman’s nomination is an attack on law-abiding gun owners and the #2A rights of all Americans.”

Sen. Thom Tillis (R-N.C.) published an op-ed in Fox News warning, “Chipman has been on the wrong side of every debate about the Second Amendment, and if confirmed, he would implement a radical gun control agenda the Democrats couldn’t otherwise pass.”

Sen. Tim Scott (R-S.C.) tweeted, “David Chipman is a partisan activist who is unfit to lead the ATF. His nomination is further proof that Democrats are determined to undermine the #2A rights of law-abiding Americans.”

“Either Senator Schumer should let the Senate vote on this nominee or President Biden should withdraw his nomination, put forth a consensus nominee to lead this important agency, and live up to his commitment to work across party lines to restore Americans’ trust in law enforcement,” Sen. Rubio wrote in his statement.

There are just a few senators who haven’t made their position on Chipman known. U.S. Sens. Joe Manchin (D-W.V.), Jon Tester (D-Mont.), Kyrsten Sinema (D-Ariz.), Angus King (I-Maine), Bob Casey (D-Pa.) and Jeanne Shaheen (D-N.H.) have yet to publicly announce their position. That’s why NSSF is continuing to reach out to voters to remind their senators to vote “no” on Chipman.

This nomination might be growing wobbly, but it isn’t yet finished. As long as the nomination lingers in the Senate, the possibility remains that President Biden could install a gun control lobbyist who would politicize the ATF. The 5,000 agents of the ATF deserve a fair leader who won’t let gun control politics steer the agency, and the firearm industry depends on everyone taking action today.

Larry Keane is the senior vice-president for government and public affairs, assistant secretary and general counsel for the National Shooting Sports Foundation.