Senate Bill 118 would have removed the need for law abiding Louisianans to obtain a permit from the government to carry a concealed firearm.

The National Rifle Association said Edwards “decided to listen to the anti-gun minority in the Sportsman’s Paradise, and veto Senate Bill 118.  Despite the thousands of emails, calls, and texts coming from NRA Members and Second Amendment supporters.”

Edwards released a statement about his veto: 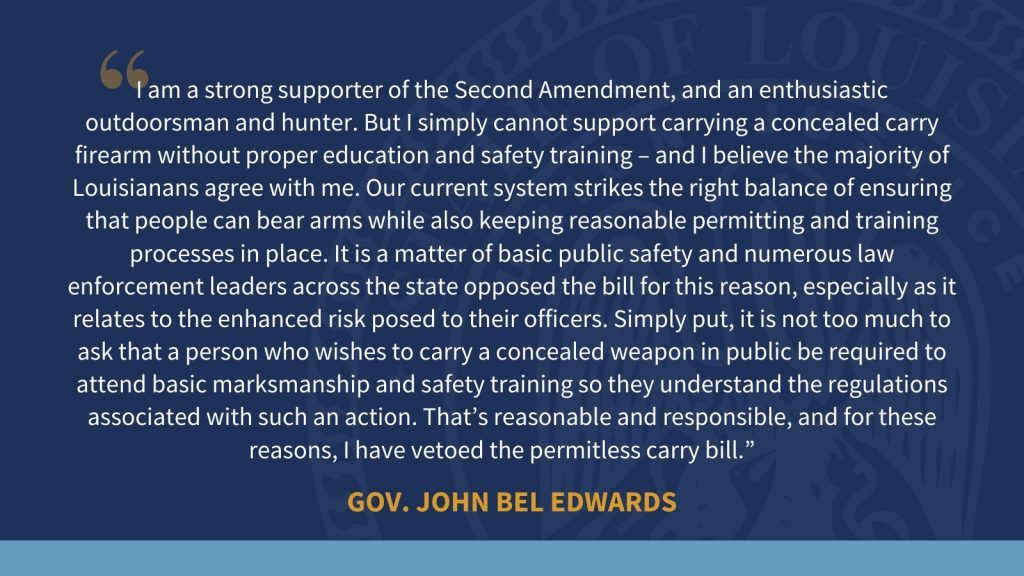 The NRA and other pro-gun groups are telling their members in Louisiana to contact their elected representatives in the hopes there are enough votes to override the governor’s veto.

Click here to read Lee’s opinion of the governor’s veto.