Meet the latest casualties of Joe Biden’s war on guns 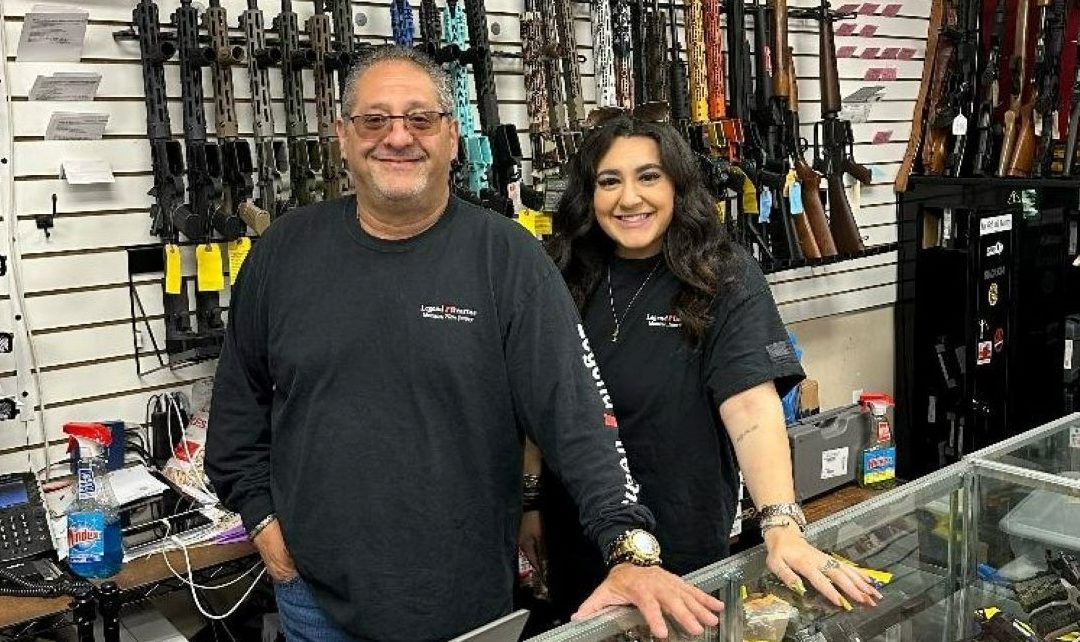 Ira Levin has owned and operated Legend Firearms in Monroe, New Jersey since 2009, which is no small feat given the Garden State’s blatant antipathy toward guns, gun owners and gun dealers.

Levin has conducted more than 21,000 firearm transactions, and has been inspected dozens of times by both the New Jersey State Police and the ATF. They have never found a deficiency, at least not until Joe Biden declared war on gun dealers.

During a recent inspection, an ATF Industry Operations Investigator, or IOI, found several “deficiencies” and now Levin’s Federal Firearms License is in jeopardy.

A few customers wrote “USA” on the 4473 because they mistakenly thought the form asked for their country rather than their county. Levin’s staff did not catch the errors.

Also, one of his part-time employees transferred firearms to three customers more than 30 days after they had signed the 4473. The ATF inspector said Levin’s employee should have had the customers fill out another 4473 before they took possession of the guns, because the form expires after 30 days. To be clear, all the customers passed their background checks. None were prohibited persons, and the ATF never seized the firearms from the three customers.

Levin believed ATF would issue a warning or impose a small fine for the paperwork errors, until he received a letter stating that the ATF intended to revoke his license. The revocation letter was signed by John Curtis, an industry operations director at ATF’s New York City Field Office.

Curtis did not return calls seeking his comments for this story.

Levin recently had a preliminary video call with Curtis and other ATF officials, which he hoped could save his license. They told him he could appeal their decision at an administrative hearing. Levin asked who would preside over the hearing and was told it would be Curtis.

“Curtis signed the revocation letter and now he is going to run the hearing. How is that right?” Levin said. “Shouldn’t the person making the decision be objective?”

(Click here to watch a video of Levin talking about his relationship with customers.)

Levin works in the small gun shop with his daughter Bailey, whom he hoped would one day take over the business. Like most small shops, they’re not getting rich, they’re getting by.

“I am a decorated Air Force veteran and now my government wants to take away my livelihood.” he said. “This is not the country I swore to protect and defend.”

Joe Biden first announced his zero-tolerance policy in June 2021. Part of his scheme included five criteria, which he claimed defined a rogue dealer: transferring a firearm to a prohibited person, failing to run a required background check, falsifying records, failing to respond to an ATF tracing request or refusing to allow ATF to conduct an inspection.

To be clear, Levin violated none of these rules. However, the ATF is now routinely revoking licenses for even the most minor of errors – errors not on Biden’s five-point list.

As a result, a special report we published in May revealed that FFL revocations increased a staggering 500 percent.

According to a story written Wednesday by an anti-gun activist at the Trace – the propaganda arm of former New York City mayor and billionaire Michael Bloomberg’s anti-gun empire, which was republished in USA Today – an ATF spokesman declined to comment on the 500-percent increase in FFL revocations.

The spokesman claimed ATF revoked 92 licenses in 2022, which the Trace said was the highest rate in 16 years.

The same story quoted former ATF agent David Chipman, who was Biden’s first choice to run the agency until the gun-rights community successfully stopped his nomination.

Chipman, a paid anti-gun activist now working for the Center for Gun Violence Solutions at Johns Hopkins University, told the Trace activist he was encouraged by the revocation data.

“The trendline is good,” Chipman is quoted as saying. “I think we have to applaud the agency for holding the industry accountable – for doing its job.”

Levin is not the only gun dealer to complain about a lack of due process in ATF’s revocation process. Nor is he the only FFL to claim Biden hopes to eliminate guns by eliminating gun dealers.

Said Levin: “The ATF is no longer pursuing criminals. It has become a political arm of the White House. These ATF agents – they’re no longer worried about what’s right and wrong. They’re worried about their jobs. This is all part of Biden’s zero-tolerance policy for gun dealers.”