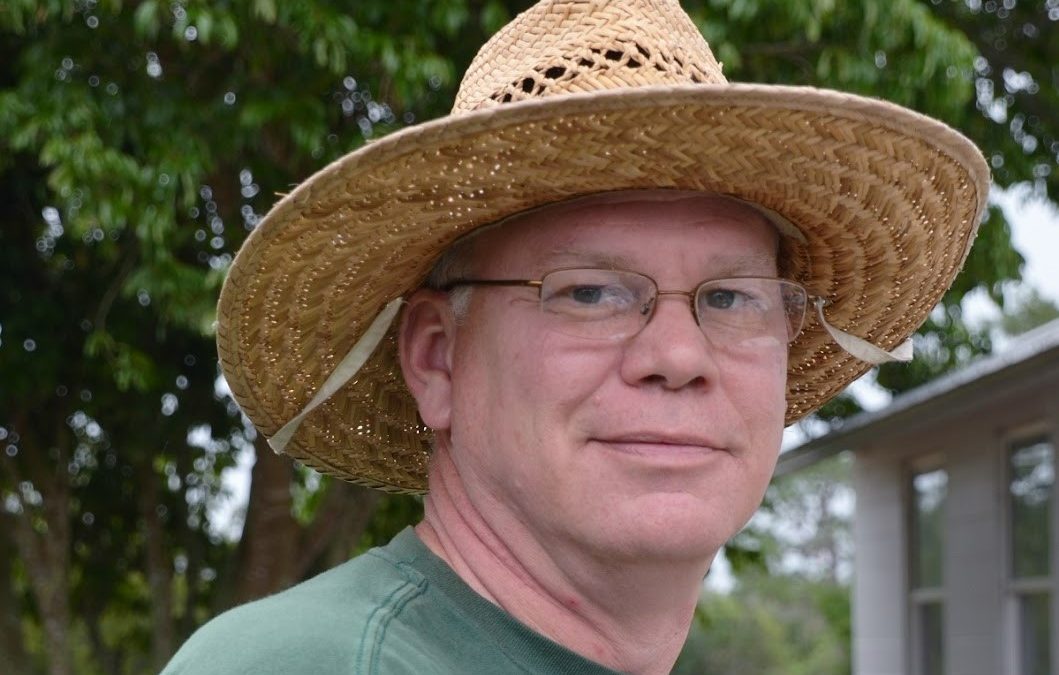 Pat Mullins near headless body was found partially submerged in the Gulf of Mexico, tied tightly to a 25-pound boat anchor. He had been shot in the side of the head with a shotgun. The fatal wound was fired from a short distance, and forensic experts couldn’t rule out that he hadn’t been shot multiple times. Mullins was in good health, was financially secure, had a loving family and never even owned a shotgun. But despite all of this and even more evidence of murder, Manatee County Sheriff’s Detective Darryl Davis somehow concluded Mullins killed himself. It was the rookie detective’s first solo death investigation.

Since his 2013 death, Mullins’ widow, two sons and hundreds of friends have never accepted that the popular 52-year-old high school librarian killed himself – far from it. He was just months away from celebrating his retirement and his 30th wedding anniversary and had everything to live for.

Now, his family has enlisted Netflix’s “Unsolved Mysteries” to help them prove Pat was murdered and that anyone who believes he killed himself was terribly wrong. The Season 3 episode is titled “Body in the Bay,” and is available at Netflix.com.

Throughout 2013, I wrote a series of investigative stories trying to prompt the Manatee County Sheriff’s Office to reopen the case, which is why I couldn’t agree fast enough when “Unsolved Mysteries” producers asked me last year to help with their examination of the killing.

You don’t need to be a certified crime scene investigator – if it matters, I got my CSI certification from the Kansas City Police Department Crime Lab in the mid-1990s – to recognize how badly the case was bungled and then covered up. All you need is a modicum of common sense, which Davis and his chain-of-command apparently still lack.

Davis simply made a bad call, which certainly can happen in death investigations. But rather than admitting he screwed up, Davis and his department have been covering up his mistake and ignoring the obvious for nearly 10 years, while Mullins’ family have been pleading for a fair and impartial investigation.

To be clear, Davis and the Sheriff’s Office never officially classified Mullins’ death as a suicide. Right now, it is “undetermined.” They just told the family they believed Pat killed himself, and then used it as an excuse for their lack of follow-up investigations. Over the past nearly 10 years, the case bounced from one detective to another, and has been classified as both “active” and “inactive.”

At one point Davis even told Pat’s widow Jill Mullins she had to be “reasonable,” and accept that Pat killed himself. Davis denies saying this, but he did offer to pray with Jill to help her accept her husband’s suicide, and he sent her several religious-themed emails, which seemed less designed to ease her suffering than they were to stop her from asking embarrassing questions. Things got so bad Jill had to retain a private attorney, because the Sheriff’s Office ignored her pleas and pressured her to keep quiet and not complain publicly about her husband’s death.

Pat Mullins loved to refurbish old boat motors. It was the perfect hobby, since there was a creek behind his home that flows into the Braden River where he could test his mechanical skills.

On Sunday, Jan. 27, 2013, Mullins set out in his 16-foot Stumpknocker to test one of his newly reconditioned boat motors. He never went far from home during these tests, certainly not into the Gulf of Mexico. He never returned from the test run. His boat was found two days later in the Gulf – in neutral and out of gas. Mullins was nowhere to be seen. There was no sign of foul play in the Stumpknocker: no blood, no skin, no bits of skull, hair or brain matter was found inside the vessel.

Suicide by shotgun is an incredibly violent and explosive act. If Mullins, as law enforcement still insists, shot himself in the head with a shotgun, his boat would have been covered with biological evidence. No amount of rain could have washed it clean. Instead, there was none. Also, no shotgun was ever found.

Mullins’ body was found by a fisherman in four feet of water seven days later. Medical examiners noted Mullins was shot below and behind his right ear, with a slightly upward trajectory that they had never seen before in a suicide. They saw no stippling near the gunshot wound. Stippling looks somewhat like tattooing and is caused when particles of burning and unburned gun powder become embedded in the skin. It almost always indicates a contact wound – a gun barrel pressed against flesh, or close to it – so the lack of stippling indicated Mullins was shot from a distance, which would have been difficult for him to do, especially while tied to a boat anchor.

Investigators also focused on the weapon, since Mullins never owned a shotgun. A forensic audit revealed he had not withdrawn enough cash to buy a shotgun in the days before he was killed. They also questioned every vendor who attended a nearby gun show that was held the weekend of Mullins’ death. None of the vendors sold him a firearm of any kind.

Mullins left no suicide note, nor did he display any type of suicidal behavior. Earlier on the day he was killed, he purchased parts for a small air-conditioner he was fixing, as well as a pair of welding goggles that were on sale – not exactly the type of behavior you’d expect from someone contemplating self-harm. Also, his doctor said Mullins was not suffering from any serious illness and was in good health.

Financially, Mullins was in great shape. As a member of Florida’s Deferred Retirement Option Program, or DROP, he would have received $150,000 when he retired, more than enough to launch a boat motor repair shop, which he and his brother often discussed.

Therefore, in order to accept Detective Davis’s suicide theory, you have to believe Mullins somehow tied himself tightly to a boat anchor, threw the anchor overboard and then somehow got up onto the gunnel while waiting for a strong breeze, so no biological evidence would land in his boat, before shooting himself in the side of the head by pulling a trigger he never could have reached, on a shotgun he never owned, for a reason no one could ever discover.

Mullins’ family described him as a very courteous and helpful boater. If he saw a boat in distress, he would always stop to offer assistance. They believe he stopped to help someone on the river and saw something he shouldn’t have seen, most likely drugs. They hope the Netflix episode will prompt someone to come forward with a lead that will reopen the case.

In the meantime, Jill Mullins is putting up small flyers and posters urging people to watch the episode. She had tried to rent a large billboard.

“I am extremely hopeful the show will help,” she said Monday. “The viewership is significant, and we need people to know Pat’s case remains unsolved. It was not a suicide.”