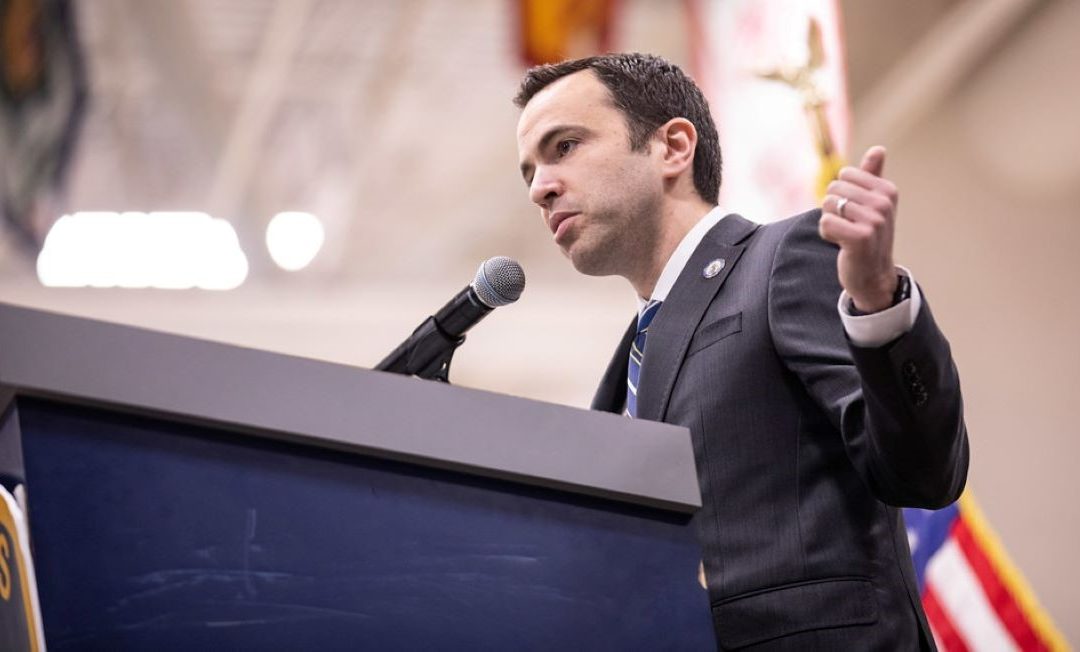 According to a press release issued Monday, the mission of Platkin’s Statewide Affirmative Firearms Enforcement or SAFE Office will be to bring “civil enforcement actions against firearm companies to hold them accountable for violations of the law that harm the health and safety of New Jersey residents.”

The SAFE Office’s primary tool will be a new law Gov. Phil Murphy signed earlier this month, which allows the Attorney General to file civil suits “for certain public nuisance violations arising from sale or marketing of firearms.”

“At a time when the U.S. Supreme Court is undermining states’ efforts to protect their residents from the carnage of gun violence, New Jersey’s Statewide Affirmative Firearms Enforcement Office will use the new public nuisance legislation to hold the gun industry accountable,” Platkin said in his press release.  “With the establishment of this office, we are sending a clear message to every participant in the firearms industry: if you violate our laws, you will pay.”

“Weaponizing the New Jersey Department of Justice to file public nuisance lawsuits against firearms manufacturers and retail dealers for making and selling legal firearms is deplorable,” Gottlieb said. “The Second Amendment Foundation will challenge this blatant attack and chilling effect on the right to make, sell and purchase firearms in court. New Jersey may have been the first state to ratify the Bill of Rights but they are the last state to recognize it.”

A history of overreach

Last year, we revealed that former New Jersey Attorney General Gurbir Grewal was using “undercover” detectives to entrap firearms retailers and manufacturers – especially those in other states – into selling products prohibited in New Jersey, in the hopes that the exorbitant fees and penalties he could extort from them through the state’s the state’s Consumer Fraud Act would force the owners out of business. Grewal has since resigned as attorney general to take a position with the U.S. Securities and Exchange Commission.

In his Monday press release, the current Attorney General touted Grewal’s targeting of two Florida gun dealers he claimed were “advertising and selling illegal large-capacity magazines (LCMs) to New Jersey consumers online.” One dealer agreed to pay a $150,000 civil penalty. The AG has not collected on the other dealer’s civil judgement of $175,000.

Now, instead of relying on New Jersey’s Consumer Fraud Act, Platkin said the new civil nuisance law will “provide even more robust enforcement tools, by allowing the Department to hold firearms manufacturers and retail dealers accountable for endangering the safety and health of New Jersey residents through the sale, manufacture, distribution, or marketing of lethal, but nonetheless legal, firearms.”

New Jersey’s Acting Attorney General is on extremely shaky ground, constitutionally. Not only is he using civil nuisance lawsuits to infringe upon the Second Amendment, his plan to regulate marketing/advertising could prove unconstitutional, too.

The First Amendment protects advertising, which is known as “commercial speech.” However, advertising found to be deceptive may be regulated.

“The commercial market place, like other spheres of our social and cultural life, provides a forum where ideas and information flourish. Some of the ideas and information are vital, some of slight worth. But the general rule is that the speaker and the audience, not the government, assess the value of the information presented. Thus, even a communication that does no more than propose a commercial transaction is entitled to the coverage of the First Amendment,” the High Court found.

New Jersey’s new SAFE Office, like the plethora of anti-gun laws recently passed in New York and California, is clearly retaliatory for the massive Second Amendment victory in New York State Rifle and Pistol Association v. Bruen. Platkin admitted as much in his press release.

Now, Platkin along with Governors Hochul and Newsom will have to be taught that bluster and braggadocio are not an affirmative defense for violating both the Constitution and an opinion of the U.S. Supreme Court.

In the meantime, residents of New Jersey, California and New York will have to wait to enjoy the same legal protections of other states, whose governors care more about following the law and obeying their oath to the U. S. Constitution than they do pandering to their political base.