Unless you’re involved in the illegal drug trade, owe thousands in illegal gambling debts or have a child who’s a member of a violent street gang, the odds that you’ll ever become the victim of a home invasion robbery are slim.

These types of violent criminal actions are rare, and it’s rarer still that they involve honest, law-abiding homeowners. A hardcore criminal crew simply isn’t going to commit the resources needed to bust through a door en masse and armed to the teeth without a valid reason – unless they’re expecting a large payday, usually cash or drugs. Still, mistakes can happen. The bad guys could get the wrong address.

The best way to make sure you’re never the victim of any type of violent encounter is preparation. It’s an unfortunate fact, but today we need to harden our homes and ourselves to prepare for what Mr. Ayoob calls the gravest extreme.

Hardening your castle is neither difficult nor expensive. It’s commonsense – in the good definition of the word. Dogs are great. Dogs that bark whenever the doorbell rings are better. Big dogs with nasty teeth that bark when the doorbell rings are best. There’s something very primal about a Pitbull, a Rottweiler or a Belgian Malinois when they’re gnashing their teeth, frothing at the mouth – the hair standing up on their back like a mohawk – barking for all they’re worth. It sends a clear message to the bad guys: Go elsewhere.

Alarms and security systems are okay, but at best they’re just an additional layer of security. Don’t stake your life on them. Like any bit of technology, they can fail, usually when you need them most. Besides, a security system is only as good as the folks who are monitoring it, and they’re not always the best. Audible intrusion alarms are good – as they let the homeowner know someone is breaking in, but they too can fail or be defeated by the bad guys. Even the best alarm system only lets someone know that you’re in trouble. They don’t do anything to defend you and your family from the trouble. An alarm system is basically just another way of calling 911, and regardless of how police are notified of a problem, they still have to respond, and that can take time – precious minutes – while you and your family may be fighting for your lives.

Good exterior lighting with motion sensors can help, but they too can fail if they’re not properly maintained. Hardened triple-pane windows and steel doors are a good idea too. When it comes to hardening your home, every little bit helps, but the bottom line is this: Unless you live in a bunker, if the bad guys want to get it, they usually will.

Here are some tips for gunfighting inside your home:

You have a big advantage if the fight comes to you in your home. You know the layout. You know where the furniture is located. You can navigate your castle in the dark without tripping, usually. However, every item in your home – walls, furniture, appliances and more – only offer you concealment from the bad guys. They do not provide any cover. For those of you who don’t know the difference, concealment hides your location. Cover actually stops bullets. Do not be lulled into a false sense of security while crouching behind a sofa or hiding behind a sheetrock wall, regardless of what they depict on TV. Even a .22 can penetrate sofas and walls. Over the years I’ve done ballistic testing of most common household goods – furniture, walls and appliances. I’ve found there are only two items that stop bullets in the average home: the small condenser in your refrigerator, and a steel fireplace insert. That’s it, and good luck trying to use either of these as cover in a gunfight.

If it comes to gunfighting, it’s best to think of your home as a large open box with nothing in it. If the bad guys know where you are, they can hit you. Conversely, if you know where the bad guys are, you can hit them, too, and I highly recommend you do, a lot. 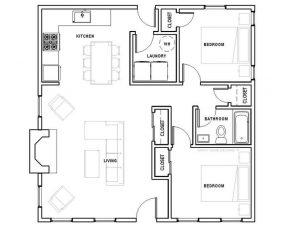 If your front door explodes and armed men come storming in, you likely won’t have time to open your gun safe, remove a rifle or shotgun, rack a round into the chamber and then start slaying bad guys. That’s why I’m a big fan of concealment furniture and rapid gun safes. Both allow you to preposition weapons right where you’ll need them, while keeping the weapons secure. I have several in my home. However, none of these options can beat what’s become known as “home carry.” There’s no quicker way to respond to unanticipated mayhem than a holstered handgun on your hip, which will allow you to fight your way to a rifle or shotgun. 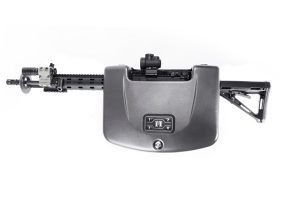 The most critical skill you need to master to win a gunfight is shooting while moving. I do not mean shooting, moving to another position and then shooting. You need to become proficient at shooting while your feet are operational – while shooting on the move. This, folks, is real-life gunfighting stuff. If you can’t shoot a handgun or a carbine on the move, find an instructor that knows what they’re doing and a range that will allow you to practice and then practice. Why, you ask? If a threat comes into your home, the best response is to violently and aggressively attack the threat – run straight at them while delivering accurate fire. In fact, picture yourself running right through them! Not only will they not expect this type of violent response, they’ll be dropping before they even know what’s happened. Cowering behind a sofa or a sheetrock wall with a pistol held next to your face and waiting for the bad men to come to you may be what’s depicted on TV or some asinine home-defense training videos, but that’s a great way to get yourself killed. The best way to win a gunfight – be it on the street or in your home – is by violently attacking the threat.

Armed violent encounters happen at the speed of life. They’re fast, man – unbelievably fast. That was my first big takeaway. You won’t have time for doubt, disbelief or denial. These three Ds will get you killed. You need to switch on immediately and destroy the threat, and that’s the most difficult part of winning a gunfight. The bad guys are already switched on when they boot the door. They’re ready – maxed out on adrenaline, meth and God knows what else. Their pulse is racing. They want to start shooting. On the other hand, you may be half asleep in the Barcalounger with a bourbon and a full belly, after polishing off 22 ounces of Prime. To be clear, the ability to switch on – instantly and lethally – is what separates a gunfighter from a dude with a gun. Unfortunately, there’s no real way to train for this on a flat range a few hours each month. It’s more of a lifestyle – the armed lifestyle, which I may explore in another column. Over the years I’ve known a few folks who could switch on their slaying button instantly, and, unfortunately, a few who did not.