Product Review: A revolutionary rifle sling designed by an experienced Tier One operator 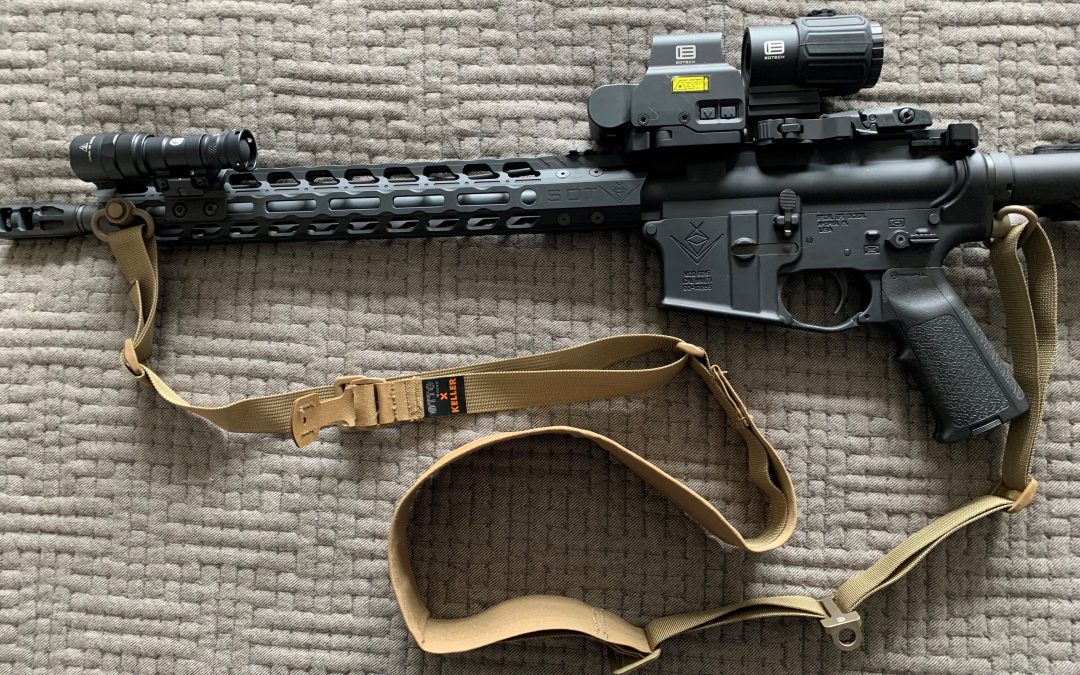 People pay attention when Bob Keller introduces a new piece of gear, because Bob knows what works and has never compromised his standards.

Bob spent his entire career in Army Special Operations, first as a Ranger, then as a Special Forces 18-C and finally as an operator, team leader and acting-Sergeant Major in the Army’s most elite Special Missions Unit.

He’s been in more gunfights than there are Seinfeld episodes – not a joke – so when he said he’d designed a new rifle sling, I was all in.

I need to disclose that Bob and I are friends. We co-host a podcast together and have a few other projects in the works. I have previously reviewed his signature rifle and knife. For this review, he sent me a sling for free.

Bob developed the OG Modular Sling with Otte Gear, a tactical gear and clothing company that lately has been giving Crye Precision a run for its money. Otte doesn’t offer as many products as Crye or similar firms, but what they do offer is highly sought after by serious folks.

The sling arrived overnight in a plastic bag. I wasn’t prepared for what I found.

Compared to the Magpul sling I’d just removed from my rifle; Bob’s sling was thinner and lighter. It seemed almost flimsy when compared to the stiff webbing of my other weapon slings.

Over the years, I’d been conditioned to believe a weapon sling needs to be stiff and thick like a tow strap, a seat belt or the dog-collar fiasco on my Mosin-Nagant.

Bob’s sling is infinitely thinner, lighter and has no memory – it’s limp and has almost no weight or bulk – so it won’t bunch up or get in the way, especially when you’re transitioning from strong to weak side.

“It’s good quality material, a quality build and it’s easy to use,” Bob told me. “It goes along with everything I do – with all my guns and gear. They’ve got to be light, simple and easy to use. This is the sling I would have wanted when I was operational.”

The OG Modular Sling was inspired by a climbing harness, so the straps have a tensile strength that’s off the charts, and its removeable low-profile pad makes it comfortable. I could wear it all day.

There are a couple of other features I really like. It converts quickly from one- to two-point mode. When in one-point mode, the swivel locks – it no longer swivels – so the sling won’t twist, roll and bind up.

The OG Modular Sling comes with a G-clip. Using the clip in two-point mode, you can tighten the sling until it’s flush with the rifle. This is handy during vehicle work because there’s nothing to snag or catch. There’s no longer a need for rubber bands, because the sling stays tight to the rifle.

A B52 Squadron pull tab, which is based on a climbing ascender, allows the user to adjust the sling easily and quickly, and the adjustment stays put. It doesn’t matter how the sling is worn on your body. It can be adjusted quickly.

I highly recommend the OG Modular Sling. It changed my perception of what a weapons sling should be, and as you’d expect, it’s made in the USA.

Otte Gear offers the OG Modular Sling for $55, unassembled and without hardware.

Bob offers the sling on his website for $98, with hardware and fully assembled.