A 24-year-old Florida man recovering from a gunshot wound to his right hip is behind bars in the Brevard County Jail, facing charges of displaying a firearm during the commission of a felony, and three counts of aggravated assault with a deadly weapon.

According to local news stations, Marlon Mascoe walked into a Melbourne, Florida barbershop last weekend for a haircut. Mascoe became upset that the barber he had requested was not available, so the shop owner offered to cut his hair. Mascoe refused the offer. The barber shop owner joked that he wasn’t good enough to cut Mascoe’s hair and said Mascoe had “nappy hair like me.” Mascoe took offense and walked out. 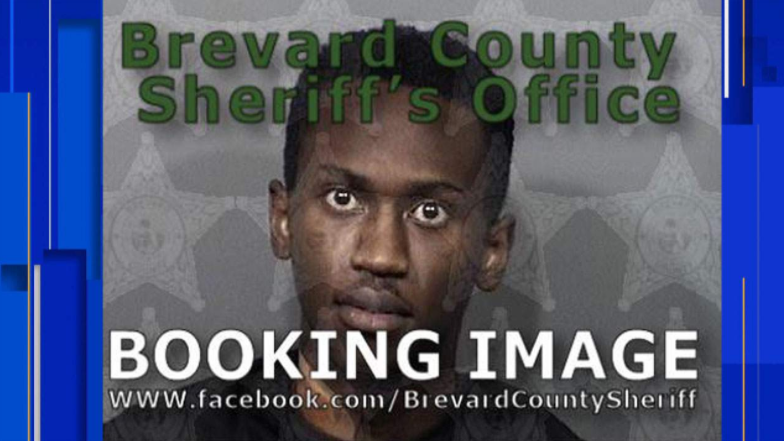 Several minutes later, Mascoe returned wearing a mask and brandishing a handgun, which he pointed at the shop owner and patrons — including several small children.

The barber told police Mascoe said: “This is real, this is a real gun.”

A witness told police: “When (Mascoe) was pointing it at me I was looking down the barrel.”

The shop owner told police he retrieved a firearm,  ducked behind a barber chair, and as Mascoe turned he shot him in the hip.

The round dropped the suspect immediately, and with Mascoe on the ground, the shop owner told a patron to call 911.

“Somebody ran in here with a gun and aimed it at the barber and he got shot,” the caller told police, adding “self-defense, stand your ground.”

Multiple witnesses/victims told police they were in fear for their lives, and that there were several children in the shop.

The barber shop owner was not charged with any crime, and we are not publishing his name.