Skip to content
Home » Report: The IRS Dropped $700K On Ammo Over a Three-Month Period

Report: The IRS Dropped $700K On Ammo Over a Three-Month Period

Gaetz indicated various agencies under the Biden administration appear to be buying up ammunition in hopes of removing ammo that is available on the market. Their goal, according to the congressman, is to make it more difficult for gun owners to get their hands on ammo.

“There is concern that this is part of a broader effort to have any entity in the federal government buy up ammo to reduce the amount of ammunition that is in supply, while at the same time, making it harder to produce ammo,” Gaetz told the news outlet.

A detailed account of the IRS’ ammunition purchases on usaspending.gov shows large sums of money spent on multiple contracts days apart from one another. 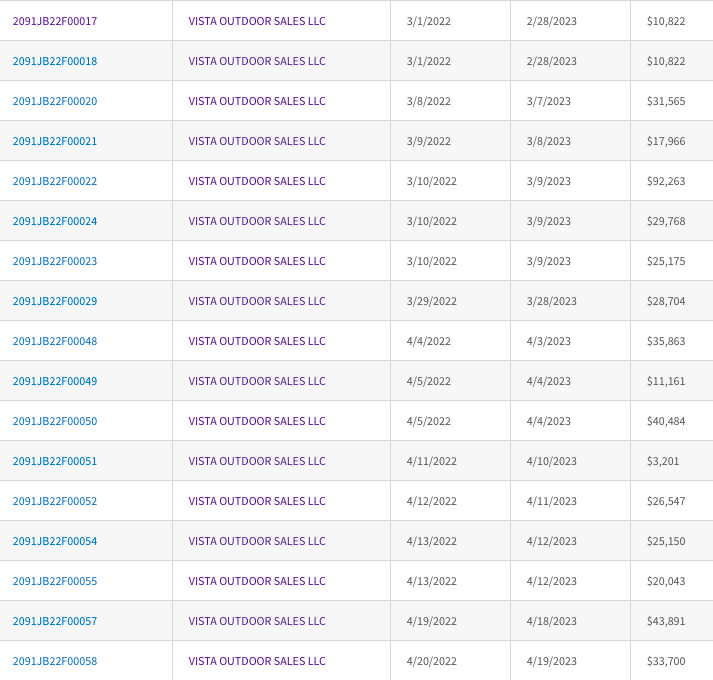 All of the contract awards have gone to Vista Outdoors, the largest ammunition manufacturer in the nation. Their brands include CCI, Federal, Remington, and Speer.[/et_pb_text][/et_pb_column]
[/et_pb_row]
[/et_pb_section]

About the Author: Beth Baumann

Beth Baumann is a digital marketer and freelance writer. She was an editor at Townhall, The Daily Wire, and TheBlaze. She has also contributed to a number of publications including Armed American News, The Truth About Guns, Bearing Arms, and PolitiChicks. You can follow her on Twitter @eb454.