Skip to content
Home » Special Report: The Gun Violence Archive And Its Scaring Of America

Special Report: The Gun Violence Archive And Its Scaring Of America

Special Report: The Gun Violence Archive And Its Scaring Of America
When most Americans hear the term “mass shooting,” they picture a crazed gunman stalking the halls of a school or a shopping mall, coldly and randomly executing innocent young victims. What does not come to mind are rival drug crews shooting it out in Chicago or Detroit, or a madman murdering his entire family

Yet for one small but influential nonprofit, the Gun Violence Archive, anytime four or more people are killed or even slightly wounded with a firearm, it’s labeled a mass shooting, and politicians, gun control advocates and the mainstream media treat their reports as if they’re gospel.

The Gun Violence Archive, or GVA, was founded in 2013 by Michael Klein, a left-leaning philanthropist and open-government advocate, and Mark Bryant, a retired computer analyst and GVA’s current executive director. 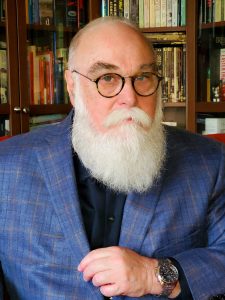 According to Bryant’s all-inclusive definition, there were 417 mass shootings in 2019. The FBI says there were 30, because it uses a much narrower definition.

While the GVA collects and publishes several different types of shooting data – mass murders, number of children and teens killed or injured, officer-involved shootings, defenses gun usages and more – it is their inflated mass shooting numbers that are cited most often by the mainstream media, given its penchant for sensational headlines.

In an interview with the Second Amendment Foundation’s Investigative Journalism Project on Tuesday, Bryant defended his broader definition and the higher body count it yields. “It doesn’t parse,” he said. “It gives an accurate picture of the number of times more than four people were shot, whether in a drive-by or a shooting at a rap concert or a country music concert.”

If his higher numbers are misleading the public or being misinterpreted by journalists, it’s not his fault, Bryant claimed. He believes his numbers are fair. “I do, but I think it’s also up to the journalist and the reader to have a better understanding of what the data says. When a journalist uses the mass-shooting numbers as their lead, they’re not looking at the whole situation.”

That the media, elected officials and what he calls the “gun violence prevention” community, or GVP, are using his statistics is not in question.

The Biden/Harris administration has cited Bryant’s data, as have a bevy of other elected officials and political candidates, at the local, state and federal level.

The New York Times, National Public Radio, USA Today and a host of other media outlets now use GVA’s broad definition when reporting about mass shootings.

In his interview Tuesday, Bryant deflected blame for the media’s overhyping and misuse of his data.

“If the numbers are misleading, the journalist didn’t do their homework, you could make that argument,” he said. “The media zeroes in on it, not us. At one point we wanted to take mass shootings out of the loop, but the phone started ringing on a daily basis. It’s important to me that we’re not misinterpreted. We’re not anti-gun. Look at our staff, over half are gun owners. I intentionally do not hire from the GVP community. I want researchers – period. We wanted to have an honest set of data, and you can use it how you want.”

Bryant is a retired computer systems architect who worked on data collection projects for IBM. His current team of 20 researchers have advanced degrees, most in computer science. “We are painfully fastidious on our methodology, on how we log something,” he said.

Bryant acknowledged that there have been reliability issues with media stories, especially after a mass shooting. A shooting in Cincinnati, he said, produced several different versions of events. “When we looked at five media sources, they were all over the map, even about when it occurred. We know that some media reports are erroneous.”

“We drill down to granularity of the street level, which is what the FBI doesn’t do,” he said.

According to their new report titled: “Active Shooter Incidents in the United States in 2020,” the FBI defines active shootings as:

Shootings were excluded from the FBI’s list if they were the result of:

By comparison, the Gun Violence Archive excludes nothing, even if the shooting is gang or drug related – the two main causes of most violence in the country today. Asked if he believed that the average news consumer even considers domestic violence or gang warfare when they hear the term mass shooting, Bryant said, “I don’t know. I know what we want to do is provide numbers and let the journalists, advocates and ‘congress critters’ look at the data, glean details and drill down on it.”

“Bryant acknowledged that there have been reliability issues with media stories, especially after a mass shooting. A shooting in Cincinnati, he said, produced several different versions of events. “When we looked at five media sources, they were all over the map, even about when it occurred. We know that some media reports are erroneous.”

Michael Klein, through his foundation, provides 95% of the GVA’s funding, Bryant said, which is borne out by the nonprofit’s most recent IRS 990 filings from 2017 and 2018.

“He (Klein) did well in business,” Bryant said. “We are one of his two projects that look at shining a light on data.”

Although Bryant declined to identify the donors who supply the remaining 5% of his annual budget, which is approximately $500,000, he said he takes no money from any group affiliated with former New York City mayor Michael Bloomberg.

“We take no money from any advocates,” he said. “The closes we get to that is the Joyce Foundation.”

But according to its website, one of the goals of the Joyce Foundation is to “Reduce gun deaths and injuries in the Great Lakes region.”

To achieve this, the Joyce Foundation has a four-step plan:

During his interview Tuesday, Bryant quickly self-identified as a gun owner and frequent target shooter. He sold three Colt Pythons, he said, in order to raise startup capital for the nonprofit.

“I own guns. I target shoot. I started shooting at the age of five during the Eisenhower Administration,” he said. “We didn’t have a lot to do in Harlan County (Kentucky), so we would shoot rats. I’m not against guns. I think there is a need.”

However, without supporting data, Bryant said there are thousands of gun owners who lack sufficient training or who may carry a concealed firearm while drinking or while intoxicated.

“If there are 50 million gun owners, 200,000 will go stupid,” he said. “I think that gun owners should get together and come to the table and craft rules that will be applicable to everyone.”

Asked if he supported the Second Amendment, Bryant said, “I do, as it’s written, but I have a problem in the way people look at the last half and not the first half and parse that. If anyone is looking at the whole amendment, and I say this in interviews often, I don’t have the balls to tell someone how to defend themselves. My job is statistics, not opinion.”

In the past, Bryant has claimed that he is “anti-violence” and not anti-gun, but has publicly lobbied for stricter gun control.

In 2018, he coauthored a guest column for the Los Angeles Times, titled: “Op-Ed: We have all the data we need: Stronger gun laws would save lives.” The column was coauthored with Devin Hughes, founder of GVPedia, which according to its website is a “project created to provide ready access to academic research and high quality data on gun violence.”

In their column, Bryant and Hughes called for more anti-gun legislation, stating: “More guns mean more crime and more death. Gun possession significantly increases your risk of being killed by someone you know. A gun in the home doubles your risk of homicide and triples your risk of suicide. The presence of a gun increases the lethality of domestic violence. Areas with higher gun ownership see a significant increase in burglary. And states with higher levels of gun ownership experience higher rates of firearm fatalities.”

Asked about the column Tuesday, which bore his byline, Bryant said, “I didn’t write that. I don’t even know what Devin (Hughes) wrote in that.”

“I think magazine capacity is an issue that should be addressed. You don’t need 30-round mags or a 60-round drum,” he said. “While they are great ‘get off’ tools, they’re part of a hobby, not part of the Second Amendment.”

In a guest column for the Lexington Herald Leader three years ago – without a coauthor – Bryant spoke out against Senate Resolution 172, which encouraged teachers to carry firearms in the classroom.

“It is a fatally flawed solution from folks who learned another lesson about tools: ‘If all you have is a hammer, you tend to see every problem as a nail’ – the National Rifle Association solution,” he wrote.

Several hours after his interview, Bryant emailed a written statement.

“I got thinking about our mass shooting data being disingenuous. And while I disagree, I appreciate the question as it guides us to look at how it is presented to insure it is not.  Since it is raw data there is no ‘motive’ implied … only inferred by end users. The number shot and killed is the same whether it is labeled ‘mass shooting’ or ‘4+ shot and killed.’ As long as the methodology is clearly stated it should not matter,” Bryant wrote. “Obviously, the gun rights side likes a smaller number … it helps blow it off as insignificant, makes whistling by the graveyard easier. By the same token some GVP folks would like to see numbers embellished by going with the 3+ count that Obama wanted to use. Some would also like the number inflated by including suicides in with Killed statistics although, as we discussed because the causes/solutions of suicides are far different than other forms of gun violence that would be misleading.”

Bryant hinted that he may consider a policy change.

“I think that GVA needs to approach mass shootings in a slightly different perspective since they are less than 6% of shootings by number of victims. On the one hand, that may reduce ‘mass shooting’ rhetoric, on the other hand, that will refocus to the much larger ‘ALL’ number,” he wrote. “By using a raw, numerical threshold only we let the user make interpretive decisions. We do the same with (Defensive Gun Usages), not parsing or caveating, publishing the raw data, whether good guy v bad guy, domestic violence, bad guy v bad guy [that number would surprise you]. So that blade cuts both ways.”