Thousands of New York City’s Finest and Bravest have been suspended without pay and sent home for refusing to comply with Mayor Bill de Blasio’s vaccine mandate, which took effect Monday. 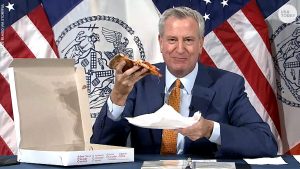 Make no mistake, people will die because of this.

According to data released Sunday night by the mayor’s office, more than 22,800 city employees remain unvaccinated. The number includes police officers, firefighters and other city workers.

More than 9,000 city employees were suspended Monday morning, while others are in the process of having their vaccine waivers reviewed, a spokesman for the mayor’s office told FOX News Monday morning. However, de Blasio’s data has been criticized for alleged inaccuracies before.

NYPD and FDNY union officials say it’s too soon to know how many fire companies will be closed, or how the suspensions will impact police operations, but it is only a matter of time before criminals take advantage of the staffing shortages.

New Yorkers are extremely vulnerable to increased crime rates – especially violent crime. For more than 100 years they have consistently voted away their right to keep and bear arms. There are firearms in the city, but nearly all are in the hands of criminals. Unless they are very wealthy, very famous or both, most New Yorkers cannot obtain a firearm permit – a permit to possess, not a permit to carry concealed.

While these draconian firearms prohibitions may change eventually, thanks to New York State Rifle & Pistol Association Inc. v. Bruen, which will be heard by the U.S. Supreme Court Wednesday, as of today, New Yorkers who want to legally defend themselves and their families are left with few options.

We may need Snake Plissken, again. 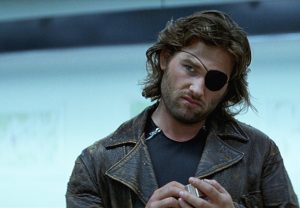