Santa Rosa County (Florida) Sheriff Bob Johnson describes himself as a cop, not a politician. He certainly has the résumé.

Johnson started at the Santa Rosa County Sheriff’s Office in 1993. He has served on the department’s SWAT team for 20 years, worked as a major crimes detective, supervised the narcotics unit, worked as both a DARE and a school resource deputy, supervised the juvenile unit, served as a patrol deputy, corporal, sergeant and watch commander, worked in Internal Affairs, commanded the criminal investigations division, oversaw the department’s vehicle fleet, served as the department’s PIO, and was finally appointed Chief Deputy – where he oversaw all aspects of the department. Johnson was first elected sheriff in 2016 and ran unopposed in 2020 – the first time in the county’s history a sheriff has ever run unopposed for reelection.

None of this mattered to the woke media, when the good Sheriff told the ugly truth about a prolific home invader’s arrest during a press conference last week. Johnson was branded as “reckless,” “wildly irresponsible,” possibly racist and, according to NPR, he turned Santa Rosa County into the “Wild West.”

Events began when 32-year-old Brandon Harris allegedly broke into four homes in Pace, Florida, which is located near Pensacola. Harris is known as a “frequent flyer” to Johnson and his deputies. He has been arrested more than 17 times – an arrest history that dates back to when he was 13. Harris once spent six years in prison for home invasion, of course. Last week, during his most recent home-invasion spree, there were several active felony warrants for his arrest.

By all accounts, Harris led Santa Rosa County deputies on a wild chase – leaping fences, kicking doors and jumping through windows. In one of the four homes Harris invaded, the owner took a shot at him, but missed. Harris was caught after he jumped out of a window and into the arms, literally, of a waiting deputy.

During a press conference after Harris’ arrest, Sheriff Johnson discussed the homeowner who had fired at Harris, who never came forward.

“I guess they think that they did something wrong, which they did not. If somebody’s breaking into your house, you’re more than welcome to shoot them in Santa Rosa County. We prefer that you do, actually,” Johnson said. “So, whoever that was, you’re not in trouble. Come see us. We have a gun safety class we put on every other Saturday. And if you take that, you’ll shoot a lot better and hopefully you’ll save the taxpayers money.”

That was all it took.

“Florida sheriff urges homeowners to shoot intruders and ‘save taxpayers money,’” the New York Post headline screamed the next day.

“A Florida Sheriff’s advice for homeowners dealing with burglars: Shoot them and ‘save taxpayer’s money,’” wrote a Pennsylvania newspaper.

NPR should have checked the booking photo before they played the race card. Harris is white, as is 87% of Santa Rosa County. 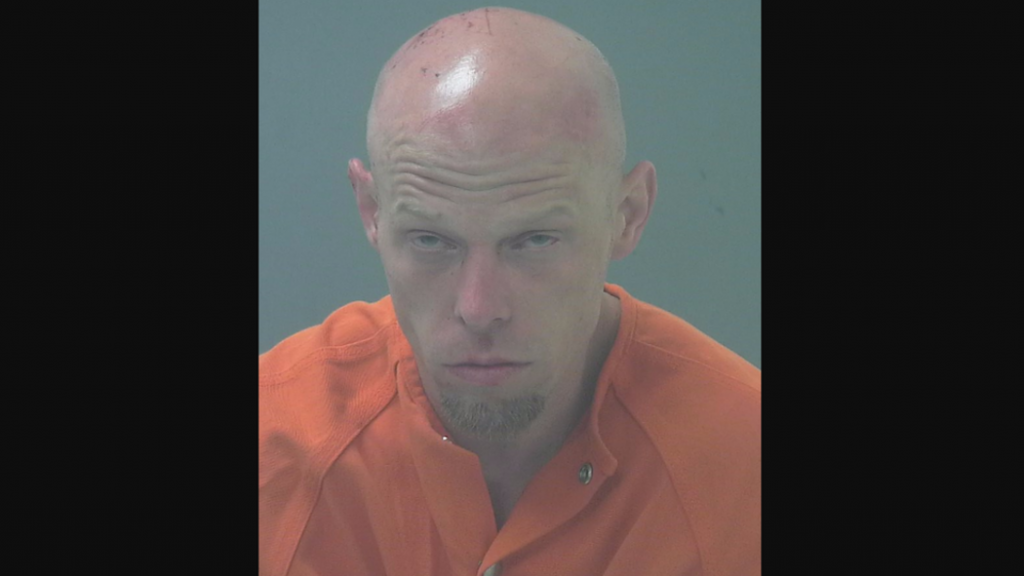 The good folks living in Florida’s Panhandle aren’t big fans of home invaders. In fact, it’s somewhat miraculous Harris wasn’t shot years ago. I’m sure they saw the truth in Sheriff Johnson’s comments. So, NPR had to gin up a controversy where none existed. They emailed a trio of woke defense attorneys from Miami, Vero Beach and Fort Lauderdale, and spoon-fed them questions about Sheriff Johnson’s truth-telling in the Panhandle.

“It’s wildly irresponsible, because it essentially encourages people to use deadly force without giving it more consideration. There’s often times that somebody is not an imminent threat to you,” one of the defense attorneys told NPR, adding, “Sheriff Johnson just turned Santa Rosa into the Wild West. Maybe one less Sheriff’s salary is a better way to save the taxpayers money.”

A home invasion is an incredibly violent and fast-moving act, which happens at the speed of life. There’s no time for consideration or introspection, or for the victim to mull over whether their response to the violent assault is clouded by, as NPR claimed, some sort of implicit bias.

NPR, their trio of defense attorneys and the rest of the woke media will never understand what it takes to defend yourself from an act of extreme violence. All they can do is criticize those involved from the safety of their ivory towers.

Extreme violence can only be overcome by greater violence. It’s not pretty and it’s certainly not easy to talk about. But that’s what Sheriff Johnson was trying to do. He was trying to keep the 193,998 residents of Santa Rosa County alive and safe from predators like Brandon Harris. That’s his job, and he appears to do it well, which will always provoke the ire of the woke media mob, especially if a Southern Sheriff is involved.